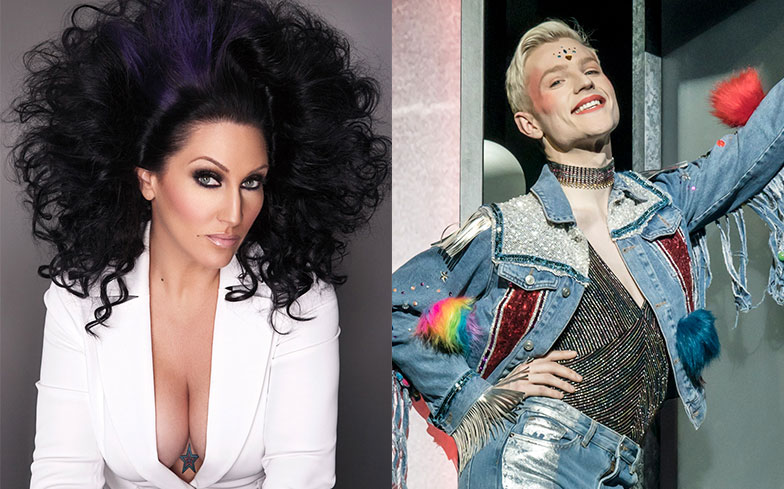 Everybody’s Talking About Jamie is about to become even more fabulous.

It’s been announced that Michelle Visage, the beloved RuPaul’s Drag Race judge and Celebrity Big Brother finalist, will be making her West End debut when she takes on the role of Miss Hedge from 18 October 2018 to 26 January 2019.

The award-winning play, which started life in Sheffield and quickly transferred to London’s West End, is based on the documentary Jamie: Drag Queen at 16, and tells the story of a schoolboy who dreams of going to prom dressed in drag.

It’s the perfect fit for Michelle then, who said: “I am BEYOND thrilled to be making my West End debut in Everybody’s Talking About Jamie! The reason I chose this show in particular is because of the very important message it tells.

“It is a great show with great music and talent but more importantly it’s about love, truth and the tenacity of the human spirit! Also there is a HUGE bonus: I get to live in London, one of my favourite cities in the world!

“I can’t wait to help audiences to fall in love with the show the way I did when I saw Everybody’s Talking About Jamie for the first time and understand why everyone REALLY IS talking about Jamie!”

Michelle’s character Miss Hedge is a careers teacher who tells Jamie to ‘get real’ when he announced to his class that he wants to be a performer, criticises him for wearing makeup to school, and later bans him from attending prom in drag.

“Michelle blew us away with her fantastic singing voice, her excellent characterisation of the part and her charismatic stage presence.”

After receiving rave reviews, it was announced earlier this year that Everybody’s Talking About Jamie will be turned into a major new film by Warp Films (This Is England, Ghost Stories), with filming expected to commence in Spring 2019.