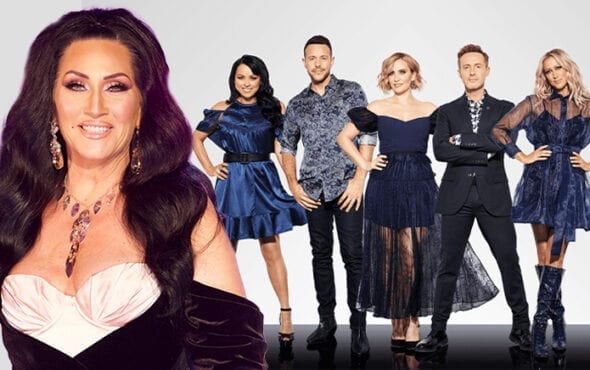 Michelle Visage has joined Steps as their unofficial sixth member.

The Seduction songstress and Drag Race host has collaborated with the chart-topping quintet for the remix of their song Heartbreak In This City.

The pop anthem, which sees the group reunite with their Deeper Shade of Blue songwriter Karl Twigg, has been a fan-favourite ever since the release of Steps’ sixth studio album, What the Future Holds.

In a statement, Michelle gushed: “To say that I’m honoured to record a song with pop icons STEPS is the understatement of the year.”

The star continued: “With the state of the world today, we all need music that makes us feel good, and trust me when I tell you, Heartbreak In This City is an absolute BOP!

“After years of dreaming about it, for at least a moment in time, I can officially be “Michelle from Steps”! CAN SOMEONE PINCH ME PLEASE? I hope everyone loves listening to it as much as I loved recording it!”

Band member Lee Latchford-Evans said the collaboration came to fruition following an Instagram Live with Michelle on the week of the album’s release.

Ian ‘H’ Watkins added: “I love Heartbreak In This City and we thought Michelle would be PERFECT to take it to the next level. I am the world’s number one Drag Race superfan and beside myself she’s joined us on the song!”

Faye Tozer recalled how she and Michelle became “good friends” since starring as Miss Hedge in the West End production of Everybody’s Talking About Jamie, saying they “constantly chat all things Strictly and Drag Race by WhatsApp!”

Steps and Michelle’s duet is now available on iTunes and streaming services.

What the Future Holds peaked in the runner-up position on the UK Albums Chart last year, becoming their sixth collection to reach the top two.

Steps previously topped the charts with their sophomore album Steptacular, as well as with compilation albums Gold: The Greatest Hits and The Ultimate Collection.

Listen to Heartbreak In This City (featuring Michelle Visage) here or below.