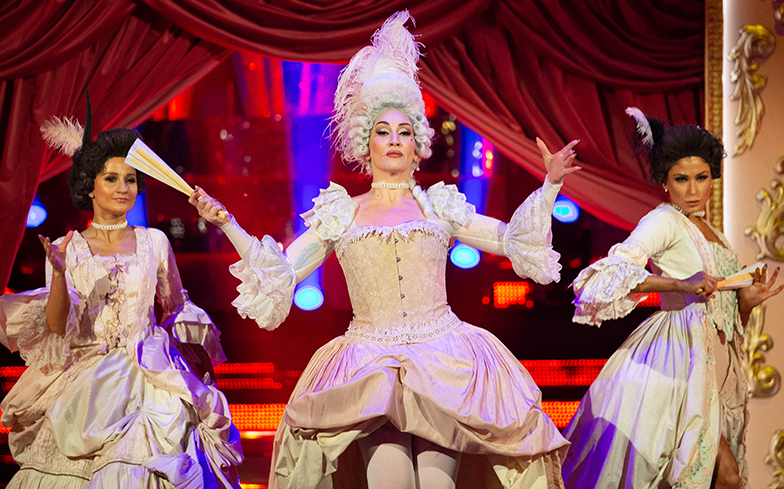 “I will fight for your rights forever.”

Michelle Visage has released a powerful statement to the LGBTQ community.

On Sunday night (18 November), the legendary performer and RuPaul’s Drag Race judge was shockingly eliminated from Strictly Come Dancing after paying tribute to the queer community by voguing (the house down).

Her performance was met with a mixed response; LGBTQ viewers praised Michelle for bringing attention to the underground art-form while others took issue with it, claiming it’s ‘not a real dance’ because her performance was mostly hand-based.

Shortly after her elimination, Michelle addressed the comments on social media.

“I’ve learned in this life you must take big risks in order to affect change. Gio and I chose our couple’s choice to Vogue to bring a part of the underground gay ballroom scene to a massive show like Strictly,” she wrote.

“We are SO proud of the dance we did, but for me, it wasn’t about judges scores.

“It was about shedding a light on a group of people who deserve recognition and would otherwise not get it.

“I owe my life to the LGBTQIA+ community so as an ally, I try to bring attention to them, their love, their struggles, in any way that I am able to. In this instance it happened to be through dane and hear this: Voguing IS dancing.”

Michelle continued to thank her followers for supporting her Strictly journey, saying she’ll “cherish” the experience forever and is “beyond grateful” to the British public for allowing “this 51-year-old mum” into their lives.

She concluded: “Sometimes in life things matter more than winning and in this case, being an ally and bringing a part of queer culture to 14 million viewers on the BBC is just as good as lifting that glitterball.

“I am honoured and proud to go out on that dance. For the kids who were disowned by their parents, for those who feel like they aren’t worthy or good enough, for those being bullied and harassed for who they are, for my daughters, I will fight for your rights forever.”