Michelle Visage just performed her most sensual Strictly routine yet 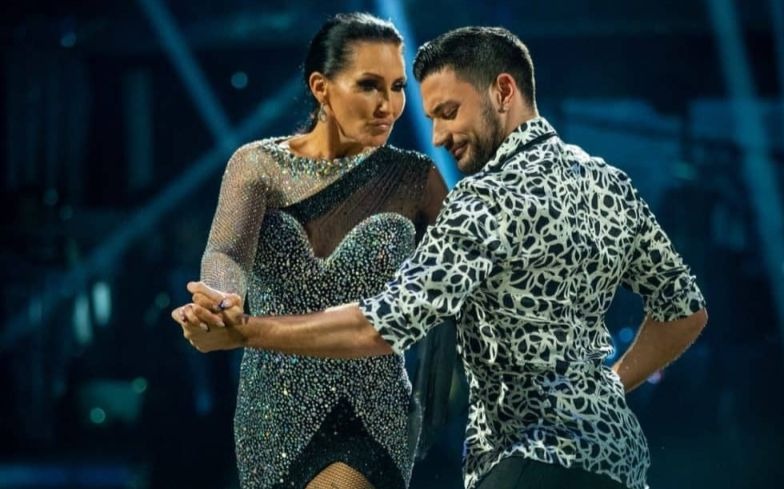 We’re now just one week away from Halloween, and the Strictly stars are really turning all the gears to try and get that perfect routine. We saw improvements from celebs like Emma Weymouth and Alex Scott has finally arrived.

However, riding high for so long, we all saw a couple of drops for Michelle Visage, Kelvin Fletcher and Emma Barton. And with last week’s shock elimination, this really could be anyone’s game. After the first show, it looked like Kelvin, Karim, Michelle and Dev were shoe-ins for the final, but now that fourth spot could be open to anyone. Okay, maybe not David and Mike, but you get the gist.

In our reader poll, despite having a more difficult week than usual, it was Michelle Visage who topped it again with 49% of the vote. Kelvin’s sensual rumba scored 29% while Karim’s leaderboard-topping tango scored him 13% of the vote. However, there was a wide spread in results with Emma Barton’s Viennese waltz scoring 3%, while Alex, Catherine and Saffron all got 2% of the vote.

And if you follow the link here, you can once again vote for your favourite celeb routine from last night.

Kelvin Fletcher opened the show with a cha-cha-cha. It wasn’t his best dance, with a lack of fluid movements, but when you’ve got the skills that Kelvin does, it is hard to make anything look bad, and it looked good. That said, their song choice, Get Stupid, did bring back memories of Aston Merrygold, and I’m still not over his elimination.

One thing I am, however, over is David James. His quickstep was good last week, albeit overmarked, but this week brought us back to the goalkeeper we all know and cringe at. The pros always say how the jive is difficult for tall people, and this proved it.

Catherine Tyldesley continues to shine, even if she continues to slip down the leaderboard, and her tango was sensational. The bird theme fitted everything, and she really delivered the storyline of a controlling partner. Here’s hoping to many more weeks of Catherine.

And here’s hoping for all the weeks for Karim Zeroual. The CBBC cutie has been smashing pretty much every dance, samba aside, and this salsa was no different. It may not be the traditional kind of salsa, but Karim was moving his hips in all the right ways and deserved those high scores. A 10 though? Maybe not when that last lift was so obviously about to come.

Michelle Visage took to the floor next, and after several weeks of high speed dances, she finally managed to get a slower one. We’re told time and again how difficult the rumba is, and she managed and she captivated and she told a story. The judges felt it didn’t “ooze”, but it ticked every box for me, and I felt it was undermarked.

I felt another case of undermarking came with Emma Barton’s paso doble. I thought the dance would fall apart, but out of every routine tonight it was the one that kept me the most interested. Her acting was incredible, I felt she nailed all the paso moves, and it scoring a 26 just doesn’t make sense with my fantasy.

We’ve been waiting for Alex Scott to arrive for weeks now, and at one point last week it looked like the person initially tipped for Glitterball glory could be heading home. But with that Charleston, Alex has officially arrived. This dance was everything I thought she’d be delivering from the onset, and bar a poor exit from one of the last rolls this dance was great start to end. Hopefully, like Catherine, this will be her platform to start grabbing those higher scores.

Emma Weymouth was next, and she well and truly showed why she shouldn’t have been anywhere near the bottom two at this point in the competition. The dance was serene, even if I didn’t enjoy it as much as the judges. Serene however cannot be used to describe Mike Bushell’s samba, and I hesitate to call it a samba. The best part of the dance was when the camera focused entirely on Alfonso Ribiera’s face and I didn’t have to see Mike ‘dancing.’

Last week, I did think that Will Bayley might be going home, but after this routine I am so glad he didn’t. The emotion was clear from the start, and it wasn’t just Motsi who was holding back tears following the performance. I’ve watched Strictly for years, but this was the most emotional routine I’ve seen on the show.

And Chris Ramsey continues to be a delight to watch. He is loving every moment, his quickstep was light and fun to watch, and I’d be lying if I said he wasn’t one of my favourites in the competition. Saffron Barker closed the show with a sensational leaderboard-topping foxtrot. She delivered the moves brilliantly, but was a bit awkward catching her cane at the end, and maybe lost a little bit of time.

Which leads me onto the point that I feel the judges are a bit too trigger-happy with their 10s this series. There have been plenty of good dances, but the only one to completely envelop me like a 10 dance should is Karim’s tango. Kelvin and Saffron aren’t bad dancers and deserved high marks for their dances, but if me with no judging / dance experience can note errors, maybe the 10 shouldn’t come out.

Saffron topped the leaderboard ahead of Karim and Emma W. However, Kelvin, Alex and Will all scored deservedly high marks. Falling down to near the bottom were David, Mike and Chris, with Emma B only a mark ahead of Chris.

We saw last week how everyone really is in danger so David, Mike and Chris should be worried with their positions on the leaderboard. But anyone who scored lower than a 30, like Emma B, Catherine or Michelle should also be preparing for the dance-off. That said, given how often David has been in the dance-off this series, it is difficult to not see him getting eliminated this week.

With both Alex and Will delivering incredible routines high above what they usually deliver, you can watch them both below, or by following the links here and here respectively. And as you’re probably here for Michelle Visage, you can watch her sultry routine here. And let us know what your favourite routine of the night was by voting in our poll here.