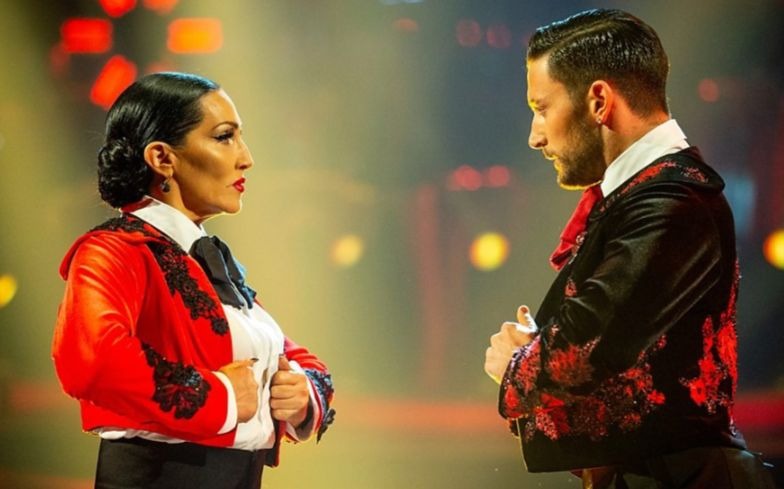 Although the night featured a bit too much Mike and not enough Johannes.

Halloween Week for Strictly is now behind us, and we still have a few weeks until Blackpool Week, so what usually happens during this time is that the rest of the celebs who aren’t great dancers are eliminated.

And while that would usually be the case, it might not be this week as both of the celebs usually at the lower end of the leaderboard both turned out high marks, although one was the case of overmarking.

Last week, in the Halloween Spooktacular we sadly lost Catherine Tyldesley and Johannes Radebe, after Shirley saved Mike Bushell in the dance-off. As much as I wanted to disagree as Johannes is this year’s best pro dancer, and Catherine really sold the dance, Mike had improved in the dance-off, appearing to be less stiff and a bit more fluid.

And in our poll last week, Michelle Visage’s leaderboard topping foxtrot also swept the poll results, with 73% of the vote. The closest celebs were Alex Scott, Catherine Tyldesley and Saffron Barker with 7% of the vote. The final 6% of the vote went to Karim Zeroual’s Stranger Things-inspired paso doble.

And if you want to vote for your favourite dance from last night, you can do so by following this link.

Fans hoping that both Will Bayley and Neil Jones would be returning to the competition were sorely disappointed. Neil is still injured, but as long as Alex is still dancing next week, he will be returning, but sadly Will was too injured to continue, and had to pull out of the competition.

Tonight started off on its strongest performance of the night, with CBBC cutie Karim Zeroual. Karim has shown in past weeks how much he excels at the ballroom dances, and this quickstep was no different. He was perfectly in sync with Amy and he oozed class and sophistication. Kelvin and Michelle are strong performers, but Karim could end up being the person to beat this series.

Up next was Michelle Visage, and although I may not have enjoyed her costume for the dance, she delivered a very strong performance, with powerful moves and a great attitude for the dance. The only issue with starting off with Karim and Michelle was there wasn’t a lot else to watch for after them.

Following these two strong performances was Emma Weymouth, and sadly she could not compare, and her samba fell a little flat. Emmerdale actor Kelvin Fletcher was up next, and he did deliver a stunningly beautiful performance, almost on par with Michelle’s paso.

YouTube star Saffron Barker didn’t fully deliver, and her salsa was missing a lot of hip action, although on the final leaderboard, it was hard to justify her being third from bottom. However, football star Alex Scott continues to hit the mark with Kevin. Ever since her Charleston, Alex has been a strong performer, and she could be a surprise finalist.

The Couple’s Choice dances have always delivered strong performances, and Chris Ramsey was no different. He hit every move and looked the most comfortable he did since he began the competition. However, it is a little hard to justify him having the same scores as Michelle and Kelvin.

Unfortunately, there was then quite a drop with Emma Barton’s rumba. The dance is all about chemistry and sensuality, and it really lacked those main components. An argument between Anton and Shirley also left a sour taste in the mouth.

But nothing could leave a more sour taste than the most blatant piece of overmarking since Motsi gave Mike Bushell’s quickstep a 9. And once again, it concerned the BBC Breakfast sport reporter. Each and every judge noted how Mike made several mistakes, and somehow still felt the dance deserved 7s and 8s. This was not a dance that deserved more than a 6, and should’ve been much lower on the leaderboard than it was.

Last week, the last few dances topped the leaderboard, but on this point it was some of the first dances that topped it this time around. Karim topped the leaderboard, with both Chris, Kelvin and Michelle all receiving the same score and finishing in joint second. Emma Barton was the lowest scorer of the night, with Emma Weymouth and Saffron Barker making up the other low positions on the leaderboard.

Going through Twitter, there was a lot of support for Emma Barton, with a lot of criticism being aimed at Saffron and Mike, so it could possibly be those two competing against each other in the dance-off. But at the same time, Emma Weymouth is also in a tricky position and could face elimination.

Karim and Michelle absolutely killed the competition last night, and you can watch both of their dances below, or by following links here and here respectively. And you can vote in our poll for your favourite dance by voting here.

Strictly’s next live show is next Saturday (9 November) at 18:50 on BBC One. And if you still need Strictly magic in your life Strictly: It Takes Two will be on every weekday at 18:30 pm on BBC Two, and 18:00 on Friday.