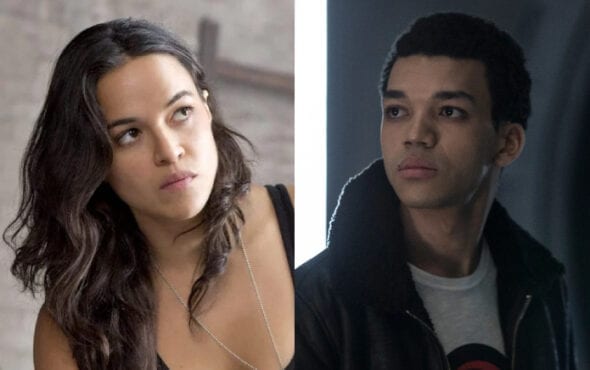 Michelle Rodriguez and Justice Smith have joined the cast of the upcoming Dungeons & Dragons film.

Jonathan Goldstein and John Francis Daley, known for their work on New Line’s acclaimed sleeper hit Game Night, will direct. The duo have also written the latest version of the script, based on a previous draft by Michael Gilio.

The blockbuster is co-produced and financed by Hasbro/eOne and Paramount, with eOne distributing in the UK and Canada and Paramount for the rest of the world.

Rodriguez is best known for her performance as Letty Ortiz in the Fast & Furious franchise, as well as Rain Ocampo in the Resident Evil adaptations. She also starred in Avatar, which became the highest-grossing film of all time, and the second season of Lost.

Smith rose to fame in the mystery comedy-drama Paper Towns, before playing the lead role in the short-lived Netflix musical drama, The Get Down. He later appeared in Jurassic World: Fallen Kingdom and Detective Pikachu.

Details on Dungeons & Dragons are scarce, and it hasn’t been confirmed as to whether the film will include the iconic multi-sided dice in a game-playing aspect, or if it’s a straightforward fantasy epic with elves, orcs and other mystical creatures.

The first film based on the game premiered in 2000 to overwhelmingly negative reviews. Starring Justin Whalin, Marlon Wayans and Jeremy Irons, it failed to make a splash at the box office with less than $40 million at the box office.