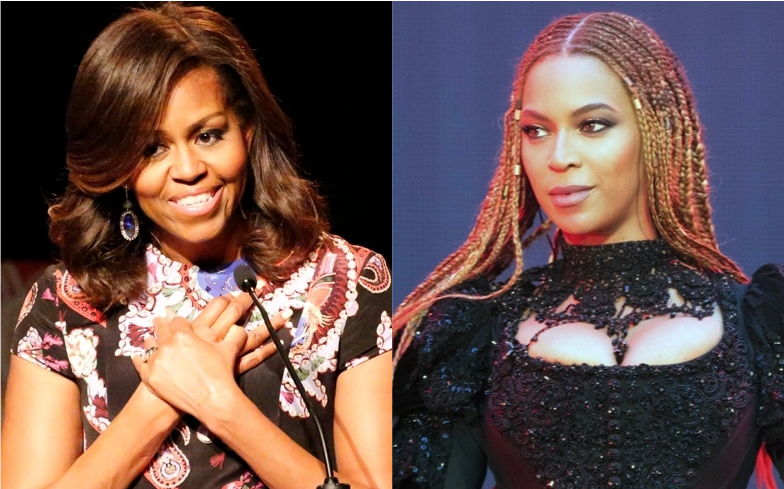 The former First Lady was full of praise for Beyoncé’s Netflix film.

Beyoncé’s film Homecoming recently dropped on Netflix, and the concert film has been receiving rave reviews ever since. Honestly, at time of writing it has a 100% approval rating from critics on Rotten Tomatoes, and 92% audience satisfaction.

And one of the fans of the film was the former First Lady of the United States Michelle Obama. Posting a video on Twitter, she spoke directly to the global superstar.

“Hey queen!” she said. “Girl, you have done it again. Constantly raising the bar for us all, and doing it flawlessly. I’d say I’m surprised, but I know who you are. I’ve seen it up close and personal.

She then praised Beyoncé for the diversity the film promotes, saying: “I also love that your new Netflix film, Homecoming, is informed by the black leaders, thinkers and poets who’ve paved the way for folks like us.

“I love that it’s both a celebration and a call to action. And I love that you’re using this film to inspire the next generation of history makers and record breaker who’ll run the world in the years ahead.

“So to you, my dear friend, I just want to say: Keep telling the truth. Because you can do it in a way that no one else can.”

So proud of my girl! The Queen has done it again. @Beyonce, thank you for always living your truth. #Homecoming pic.twitter.com/NlNkKIwqN6

I love this woman, both of them in fact they are such true inspirational figures for EVERYONE to sit up and take notice.. Thank you Mrs. Obama for being a beacon of light, hope and for traversing the darkness to lead our girls and our hearts.. we need more people like you both <3

And earlier this week, while at the O2 for her Becoming book tour, Michelle was snapped with British pop sensation Adele and American drag superstar RuPaul. Talk about squad goals!