Michael Cimino opens up about how his gay cousin inspired Love, Victor 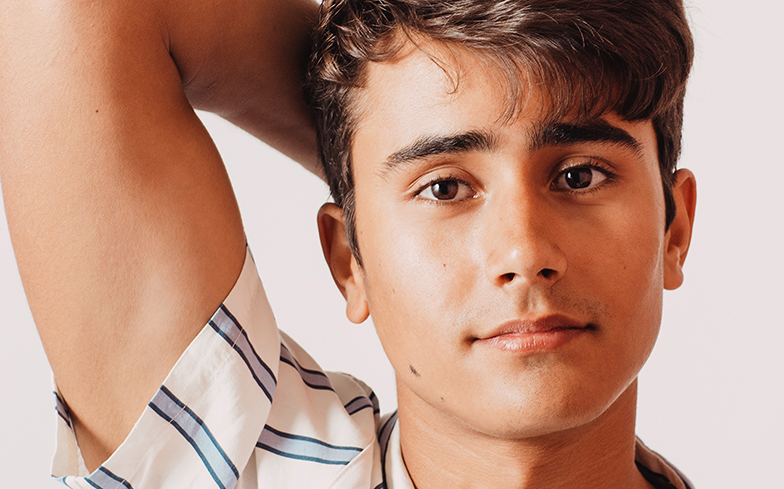 Michael Cimino has opened up about the inspiration behind his Love, Victor character.

Rising star Michael plays the lead role in the upcoming Love, Simon spin-off TV series. It’s set to be the biggest LGBTQ+ show of the year, exploring the highs and lows of young gay love and the difficult process of coming out.

As he covers the new Solidarity Issue of Gay Times Magazine, Michael reveals that his character Victor was inspired by his cousin, who shared his experiences as a gay man to help give the story more authenticity.

“I asked him about his story, and how it affected him, and we kind of went on a deep dive into what affected him in what ways, and so in the end we kind of based Victor on my cousin because I wanted to represent his struggle,” Michael says.

“I think my cousin is quite possibly my favourite person in the whole entire world, he’s my best friend and way more than a cousin, he’s like a brother. We do everything together. I respect him to the utmost degree and really appreciate him as a person.”

For showrunner Brian Tanen, whose previous credits include Grey’s Anatomy and Ugly Betty, the Love, Simon universe is a perfect fit for the TV format. After all, coming out is a process far more complicated than a one-off movie can fully convey.

“You get to live with the characters for longer than just two hours, you get to see them blossom and develop over time,” he tells us.

“The journey of coming out and realising this thing about yourself when you’re that age, it is a bit of a long process. We really get to spend time with the character, and watch them grapple and watch them grow and finally embrace who they are.

“I also really loved the idea of working on a show where the protagonist was an LGBTQ+ teenager. I feel like, had this existed when I was in high school, I would have really appreciated it.”