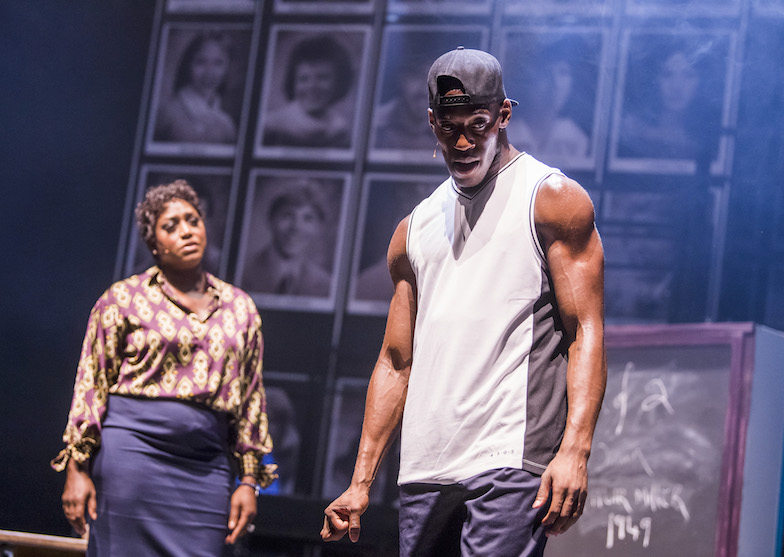 Directed and choreographed by Nick Winston, this 30th-anniversary touring production has opened at the New Wimbledon Theatre.

In the unlikely event that anyone is unfamiliar with the premise, Fame tells the tale of an aspiring group of actors, singers and dancers at New York’s High School for the Performing Arts. As this ragtag bunch of students make their way through high school they experience their fair share of romances and heartbreaks. There’s not a great deal else to the plot; it’s more a vehicle to allow this group of performers a series of opportunities to show off their vocal prowess and some slick choreography.

There are a handful of familiar faces in the cast. Mica Paris – best known for her platinum-selling album So Good – positively shines as headteacher Miss Sherman; her rendition of These Are My Children is a real standout moment. Hollyoaks’ Jorgie Porter as Iris proves to be an impressive dancer, while Keith Jack – runner up on BBC talent show Any Dream Will Do – turns in a perfectly solid performance as Nick.

However, this production of Fame never really seems to ignite. It’s reasonably entertaining throughout, but it lacks any real excitement or danger. The whole look and feel just misses the mark – they’ve evidently gone for a retro vibe, but haven’t quite succeeded, resulting in a show which appears a bit dated. Although the set itself was sizeable, the production otherwise felt a little small-scale – not what we were expecting to see on a major London stage.

Throughout the performance we just felt there was something missing. The more positive scenes lacked any genuine excitement, while the darker moments never really seemed to have any palpable sense of peril or foreboding. It frequently felt like it could and should have gone much further.

None of this is to say that Fame is a bad show – it’s far from a catastrophe. The band is competent, the choreography is tight, and there are a handful of decent moments. We were just hoping for something a bit more exciting, that might breathe some new life into the show; but what we were left with felt a bit dated and uninspired. A disappointingly tame Fame.