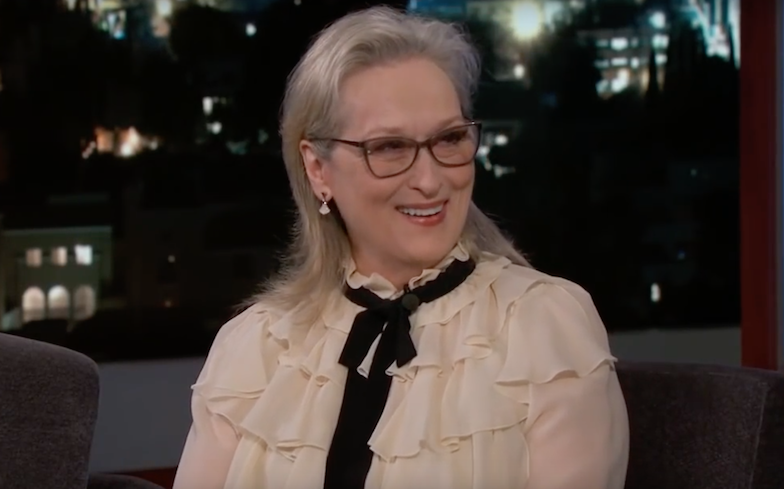 As you all know, Meryl Streep and Mariah Carey had an epic showdown at the Golden Globes this weekend (yes, we’re dramatising this), and now the three-time Academy Award winner has shared her side of the story on Jimmy Kimmel Live.

She told Jimmy that she momentarily left her seat to find it was occupied by none other than the Grammy winning diva, serving a bit of Miranda Priestly as she quipped: “Bitch stole my seat!”

Meryl continued: “I came over and there she was, you know, next to Spielberg, sucking up. She said, ‘Oh my God they made me sit down because we were moving!’

Jimmy then quizzed Meryl on all of her Academy Award nominated roles.

Spoiler – she fails. But then again, when you’ve been nominated for TWENTY Oscars, it’s bound to happen.

Meryl has received critical acclaim for her latest role in The Post, a political thriller depicting the journalists from The Washington Post and The New York Times as they expose a massive cover-up of government secrets.