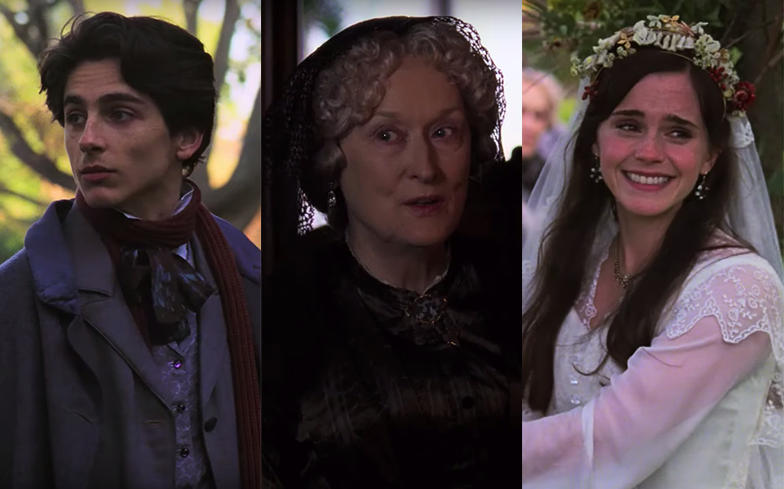 The first trailer for Greta Gerwig’s upcoming version of Little Women has been unveiled.

Little Women tells the story of the March sisters (Ronan, Watson, Pugh, Scanlen) and focuses on their lives in 1860s New England in the aftermath of the American Civil War. Streep stars as the family matriarch, Aunt March.

It will be the second film directed by Gerwig, who also worked with Ronan and Chalamet on the 2017 comedy-drama, Lady Bird. The film received universal acclaim and earned five nominations at the 90th Academy Awards.

Little Women is scheduled for release in the UK on 26 December 2019 – watch the first official trailer below.