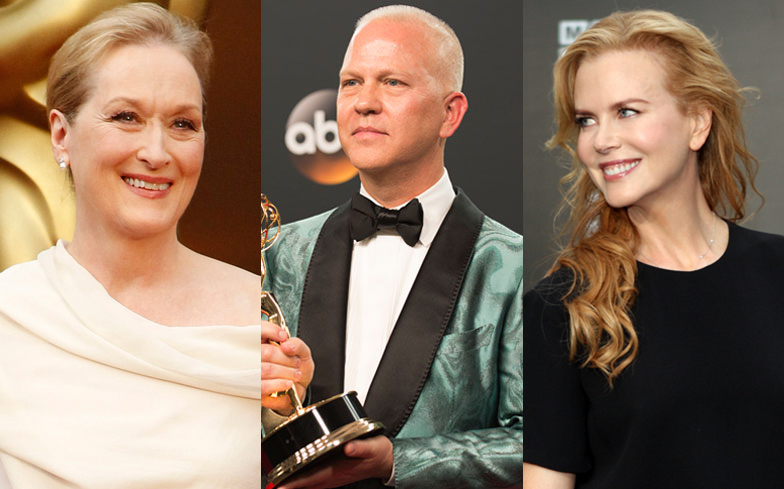 Ryan Murphy has pulled out the big guns for his new Netflix movie The Prom.

The TV mastermind has become one of the most influential people in entertainment with shows like Glee, American Horror Story and Pose under his belt, and his new movie The Prom looks set to continue that winning streak with a stellar cast.

Academy Award-winner Meryl Streep will be joined by James Corden, Nicole Kidman, Awkwafina, Keegan-Michael Key and Andrew Rannells, who will all be playing key roles in the movie, according to Deadline.

Murphy is expected to direct and produce the feature adaptation of the Tony-nominated stage musical.

Murphy previously revealed the story resonated with him because he was also banned from bringing a boy to his prom.

“The Prom is one of the most uplifting, heartfelt and special musicals I have ever seen on Broadway,” he said.

Streep, Corden, Kidman and Rannells will play a quartet of theatre stars, while Awkwafina will star as the group’s publicist Ms Sheldon, who’s looking for a cause to boost their names in the papers after a disastrous Broadway opening.

They find Emma, a teenager from Indiana who got her school’s prom cancelled because she wanted to bring her girlfriend. Emma and her girlfriend Alyssa have yet to be cast. Key will play Streep’s love interest.

Prom comes as part of Murphy’s massive five-year deal with Netlix, and joins three series he’ll be delivering to the streaming service – The Politicians, Ratched and Hollywood – and a movie adaptation of The Boys In The Band.

Update: It was previously reported that Ariana Grande would be starring in The Prom, however, due to scheduling conflicts with her Sweetener World Tour, she will not be appearing in the movie, Billboard has confirmed.