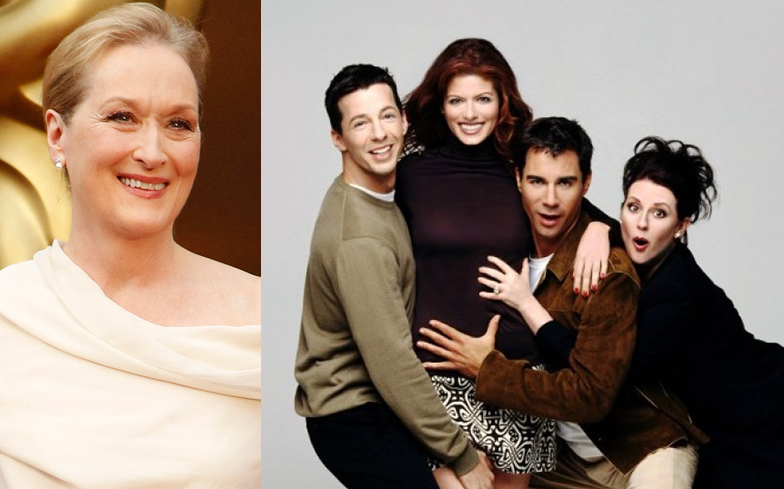 We need this to happen!

Will and Grace star Megan Mullally (Karen) has confirmed that Meryl Streep almost made a special guest appearance on the beloved sitcom.

In an interview with Digital Spy, Mullally revealed: “I wanted Meryl Streep to come on, but now she’s going to do Big Little Lies.

Sean Hayes (Jack) also confirmed that there have been talks of an eleventh season of Will and Grace, so there’s still time Meryl!

“We just signed on for this season we just wrapped, and then one more,” he said. “There’s talk of others.”

Meryl has been confirmed to star in the second season of the critically-lauded HBO series, Big Little Lies.

Deadline reports: “Concerned for the well-being of her grandchildren following her son Perry’s death, Mary Louise arrives in Monterey searching for answers.”

Back in January, Meryl broke her own Oscars record for the most acting nominations.

She received her 21st Academy Award nomination for her role as Katharine Graham in Steven Spielberg’s The Post, a historical drama based on the The Washington Post battle against the Nixon administration to publish the Pentagon Papers.