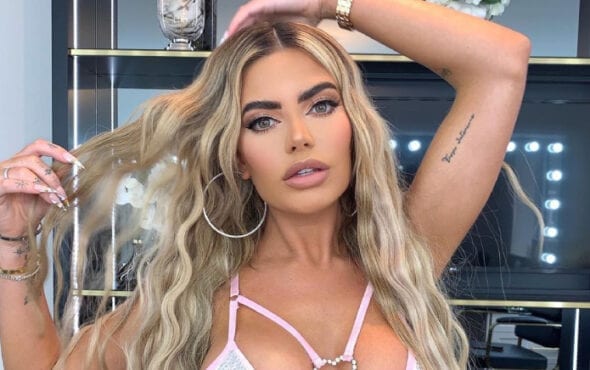 Megan Barton-Hanson would “definitely” return for a series of Love Island with just LGBTQ+ couples.

The television personality and model came out as bisexual after her stint on the fourth season, which aired in 2018, and has used her platform on various occasions to champion same-sex love on mainstream television.

During an appearance at the Cambridge University Union for their debating society, Megan said her time on Love Island would have been a “completely different experience” for her if the producers cast more LGBTQ+ people.

“It didn’t even enter my head, I just assumed that every girl on there was completely straight,” explained Megan, who ranked in fourth place with her then-boyfriend, Wes Nelson.

“Logistically, I don’t know how it would work if they just chucked in a few token gay people in there. I feel like we need a whole gay series. If you’re going to do it, do it properly. I mean, I’d definitely go back on there if there’s a gay season!'”

Megan, who also participated in Celebs Go Dating in 2019 and Eating With My Ex in 2021, criticised producers from reality television shows for doing the “bare minimum” when it comes to authentic LGBTQ+ representation.

“Producers now will pick one bisexual girl who will be chucked on a show, be with a girl for a minute, get with a guy and then that’s it done,” she said.

“We need a whole gay season, I feel, because it just wouldn’t work chucking a few gay guys and gay girls into a straight show. There’s not enough, whether it’s Celebs Go Dating, Love Island or any of those shows.

“I feel like they just do the bare minimum.” Earlier this month, Love Island announced that applications will be accepted from both gay and straight singles. Producers said anyone can apply, as long as they are 18+ and looking for love.

In order to bring a new and diverse group, casting bosses teamed up with Tinder to recruit a series of “fast track” applicants. The adverts are featured on both straight profiles and LGBTQ+ profiles within the popular dating app.

“ITV and Love Island teamed up with Tinder earlier this year to find a new batch of islanders,” a source revealed. “They have been placing the ads strategically inside the app so you have to swipe left or right.

“The ads have been showing up on both male and female gay accounts as well as on those of straight people.”