Meet Len Blanco: The drag king singing up a storm on BBC’s All Together Now – watch 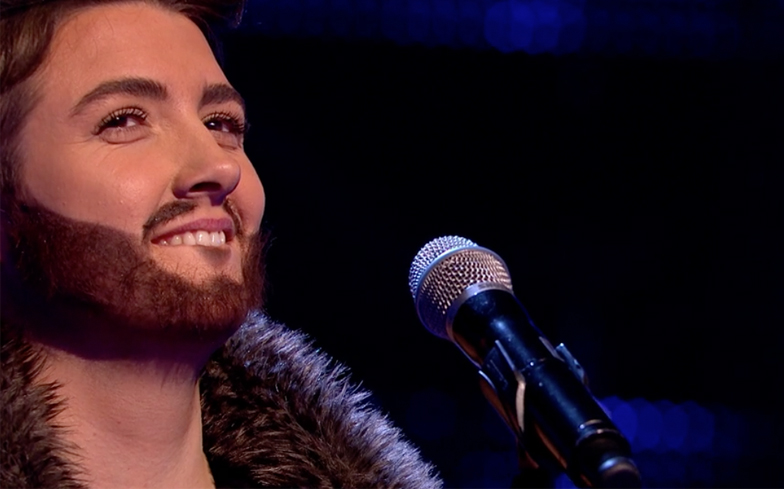 Say hello to Len Blanco, who will make his big primetime television debut this weekend on BBC One’s All Together Now – and you can see a clip of his appearance here on Gay Times below.

“Is he a she?” a member of The 100 – a huge panel of judges – asks as Len walks onto stage with an impressive face of designer stubble.

One person who answers immediately is drag queen Divina de Campo, who adds: “A drag king… They are an endangered species y’know.”

Len Blanco is the drag king persona of Helen White, who is hoping her appearance on the show will introduce her form of drag to a wider audience.

“Everyone knows what a drag queen is, but drag kings! People need to know that we exist,” she says. “This is Len’s big debut. Len has never sung live before.”

Len takes to the stage to perform a rendition of the Steveie Wonder classic Signed, Sealed, Delivered, and the crowd go wild for it.

However, to find out if Len’s performance is successful, you’ll have to tune into All Together Now on BBC One on Saturday at 7.15pm.