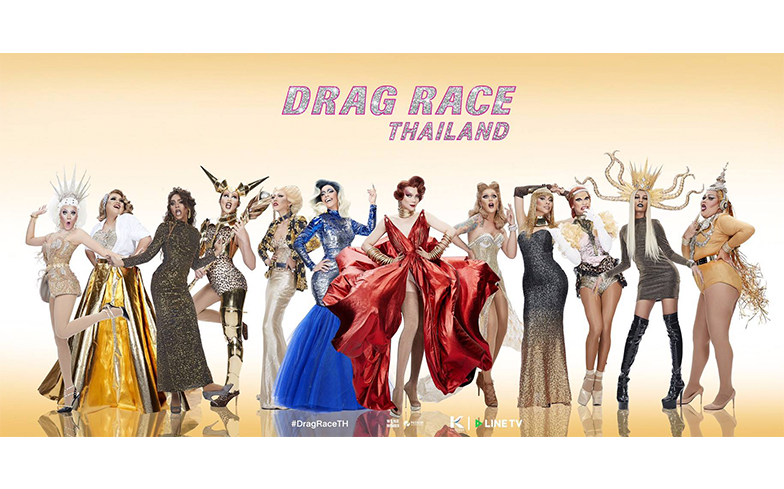 Last week we ru-vealed the hosts of Thailand’s RuPaul’s Drag Race spin-off, and now we have the full cast list for its highly-anticipated first season.

Just to refresh your memory, stylist and designer Art Arya will host the show alongside Bangkok queen Pangina Heals (both picture above in the middle) – who will co-host in a Michelle Visage type role.

Take a look at the ten fierce queens below. Are you gagging or are you GAGGING?!

Earlier this month, we were given a sneak-peek of Drag Race Thailand’s logo, runway and workroom, and hunties, it looks ah-mah-zeng, and doesn’t stray too far from the original version. See here.