Measure for Measure is a bold and radical reinterpretation – review 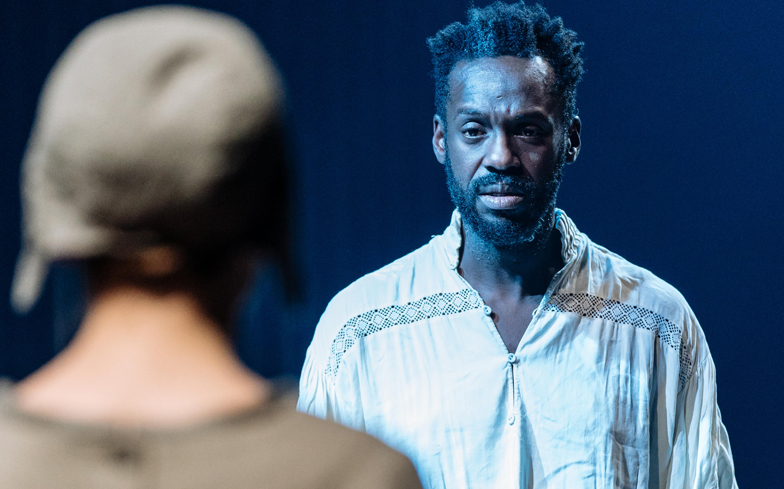 This new interpretation of the Shakespearean classic is very much a play of two halves. The first act contains the entire play – heavily truncated, but artfully cut to ensure the key elements of the plot are all present and correct – delivered in a very traditional manner.

The costume is period, the acting classical, scene changes are accompanied by choral music and so forth. Moments before the interval there is a sudden burst of electronic noise and strobe lighting and, without the characters leaving the stage, they’re now clothed in modern business attire, toting iPhones, ready to perform the entire play again with a 2018 spin. It’s a very smart gimmick which works extremely well.

Crucially, as part of the modern adaptation, two of the key roles are reversed. In the traditional performance, Isabella (Hayley Atwell) plays the young novice, pleading with the deputy, Angelo (Jack Lowden) for her brother’s life. In the 2018 version their roles are swapped, placing Isabella in the position of power over Angelo. New life is breathed into key moments in the text when delivered by the opposite gender, and the explorations of power, sexual prowess and morality are lent a new dynamic when it is a woman exerting her authority over a man.

It’s not without fault and there are a few minor issues. In order to perform the play twice the text has been cut quite substantially, which means a lot of the humour has been lost, especially noticeable in the first version. And while we did like the majority of the modern twists in the second rendition, we did spot a handful of lazy stereotypes, such as the strong Eastern European accents in the brothel, which were a bit disappointing.

Overall, however, we were impressed with this twist on Measure for Measure. The first act is enjoyable enough, while the second is a bold and imaginative reinterpretation of the classic text. Well worth checking out.