Measure for Measure a great story with impressive acting – review 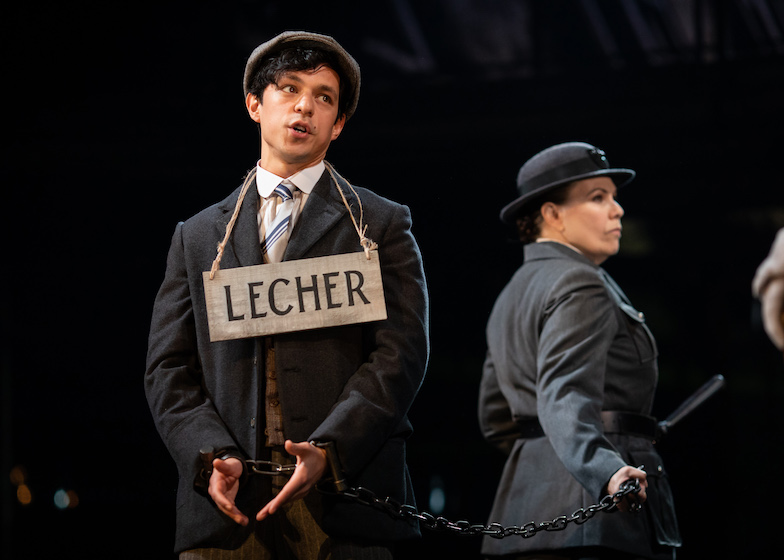 The Royal Shakespeare Company’s season at the Barbican continues with a staging of one of the bard’s notorious problem plays, directed by Gregory Doran.

Measure for Measure has a great, if rather complicated, story at its core. In a nutshell, the Duke is absent from town leaving his brother to deputise. The Deputy abuses his power, sentencing a man named Claudio to death, offering to overturn the sentence if Claudio’s sister, a novice nun, offers up her virginity. Unbeknown to the central characters the Duke has not actually left; disguising himself as a friar, he observes and advises over the course of what becomes a moral test for his citizens.

This production is set in early 20th century Vienna, where promiscuity and puritanical law make for uncomfortable bedfellows. It has plenty of moments which resonate today – the corrupt official’s manipulation of Isabella, telling her that no-one would believe her if she threatened to expose him has echoes of the #MeToo movement. This adds a real poignancy to the moment where she turns to the audience, asking to whom she should complain.

As we’ve come to expect from the Royal Shakespeare Company, the quality of the acting is impressive; in particular, Lucy Phelps as the virtuous Isabella and Sandy Grierson’s sleazy Angelo really shine. The production values are solid, too. The colour palette feels a little drab – there are lots of greys and muted colours, which lack the extravagance of previous shows we’ve seen of theirs – but it works in the context. The set looks good too, a series of mirrors sitting in front of some large-scale projections.

Tonally it’s a play which sits somewhere between comedy and tragedy – it’s quite a dark tale, with some challenging themes, but it’s all based around an extended conceit and some of the characters end up better off than when they started. We’re not convinced this production strikes the balance effectively, however. There’s a lot of silliness here, most notably with Joseph Arkley’s flamboyant portrayal of Lucio, and while he may elicit many a laugh from the audience his style jars with the mood of the scenes in which he appears. There are pacing issues, too – it’s a slow burn to begin with; very little compelling action occurs until well into the over-long first half.

We really enjoyed The Taming of the Shrew, which is also part of the current Royal Shakespeare Company season at the Barbican. Like that show, Measure of Measure is an impressive production – it looks good, the acting is solid and it has some nice touches in common like the traditional music which bookends each act. But this performance doesn’t feel like such a complete package – the tone doesn’t quite feel right, and it takes rather longer than we’d have liked to properly get going. It’s an enjoyable enough production but it falls short of the high standards we’ve come to expect.