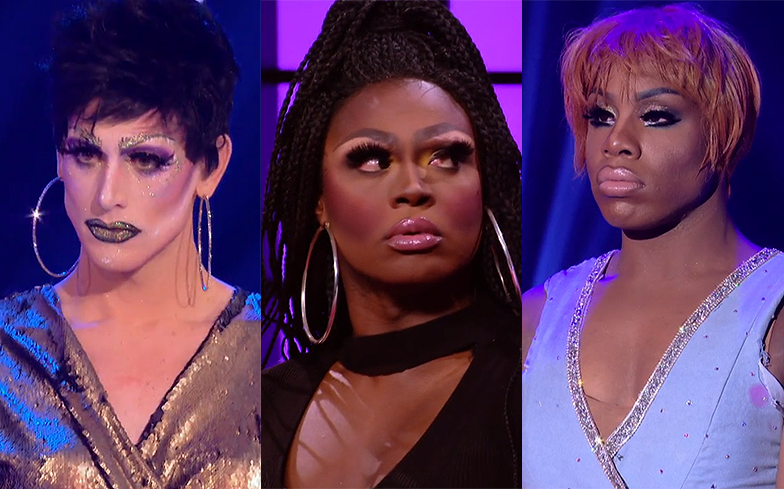 “It was so shady and dramatic. I was like, ‘Okay, what the fuck is going on?'”

The queen – who placed 10th on the show – revealed that one of the queens left her a threatening message before her elimination.

“I’m really upset it didn’t make the show, and I was hoping that it would because it was so shady and dramatic,” said Mayhem. “I was like, ‘Okay, what the fuck is going on?'”

She continued: “We got back from the runway, and I was at my station cleaning up, and I see this note. It’s right on top of my brushes, and it was like, ‘Boohoo bitch, you’re next to go’.

“I was like ‘what?’ I was looking round the workroom and didn’t think anyone would write this to me.”

Mayhem said she called over each queen individually to question them on the note, but was unsuccessful in finding the culprit.

“This is like trying to figure out who bit Beyonce on the cheek,” joked Bob, while Monét offered her opinion on which queen left the note, and it’s not someone you’d expect…

One thing’s for sure squirrel friends: This is a case for the FBI.

Listen to Bob the Drag Queen and Monét X Change’s podcast with Mayhem Miller on iTunes.

The next episode of RuPaul’s Drag Race airs this Thursday on VH1, and one day after on UK Netflix.

In this episode, the queens act in a parody series of HBO’s acclaimed drama, Westworld, aptly titled, ‘Breastworld’.