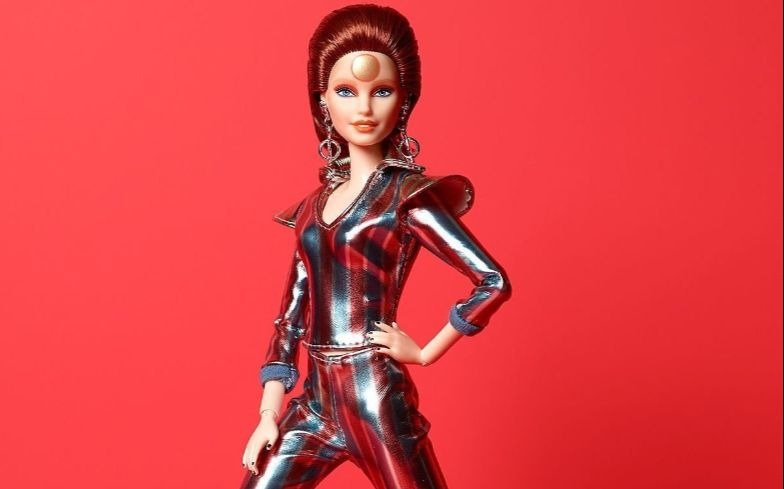 The doll is coming to coincide with the 50th anniversary of Space Oddity.

A Barbie doll based off of the late David Bowie has been released by Mattel. The doll, which takes on an androgynous appearance, has gone on sale for around £40.

The Bowie doll has been based off of the bisexual singer’s character, Ziggy Stardust, and will sport red hair, a metallic spacesuit and cherry-red platform boots.

“The doll will arrive (not from Mars, just from our warehouse!) in specially-designed packaging, displaying a collage of images from Bowie’s early career. It’s another respectful aspect of this tribute to a musical genius who redefined rock and roll.”

It adds: “Bowie was, and continues to be, a unique presence in contemporary culture.”

However, as it will be a Gold Label doll, it will only have a limited availability.

The announcement went down positively with fans of the artist:

I can’t even believe I’d pay this for a Barbie, but… Yes! #DavidBowie #Barbie pic.twitter.com/tevoeaBuzU

Me: I need to de clutter my life and save money
Also me: OH MY GOD THEY RELEASED A $50 DAVID BOWIE BARBIE!!!!! pic.twitter.com/SJuWWP8vKX

To the po-faced cultural commentators who think a Ziggy Barbie is heinous crime – the Bowie Archive approved it, and he surely would have loved the cheesy cultural mash-up. Remember the Laughing Gnome? And I have just ordered one https://t.co/WITbUANrdG

And one person saw a possible bright future:

@ barbie, now that we have a david bowie doll give us the icon's freddie mercury and elton john please and thank you

Related: Barbie has officially come out in support of same-sex marriage