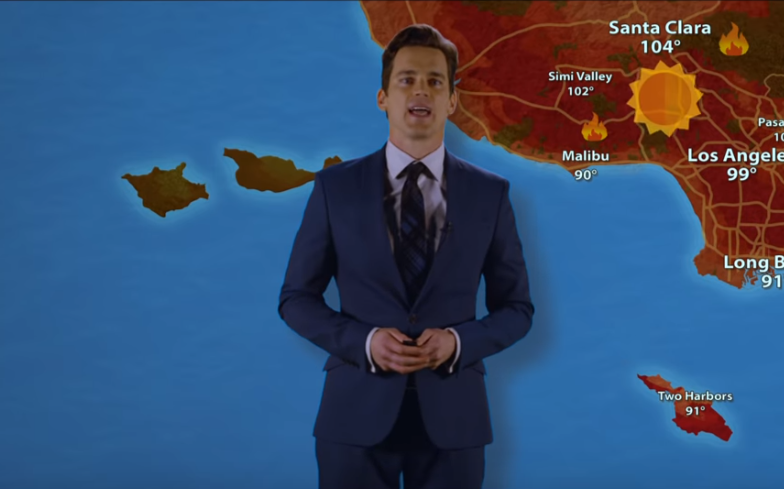 The trailer for Matt Bomer’s latest film has been released.

A trailer for Papi Chulo, which stars Matt Bomer as a gay weatherman has landed, and it looks incredible. The film follows Sean (Bomer) who has to take time off work after an on-air breakdown.

Sean hires migrant worker Ernesto (Alejandro Patino) to help him remodel his house to remove all memories of his ex-boyfriend. The pair strike up an unlikely bond which sees Sean open up about his struggles with Ernesto.

The film is described as a “darkly comedic reflection on class, ethnicity, and companionship in contemporary Los Angeles.”

The film was directed and written by John Butler, who previously wrote and directed the critically-acclaimed LGBTQ coming-of-age film Handsome Devil.

Papi Chulo premiered at the Toronto International Film Festival last September and it was met with positive reviews.

Matt Bomer has recently been playing several LGBTQ characters, including a Drag Race obsessed superfan in Will & Grace, and a gay superhero in Doom Patrol. He’s also received backing from Colton Haynes to be the next Superman.

Speaking about his character on Doom Patrol, Matt said: “I’d never really seen a gay male superhero and what I love most about the character is that even though it’s a huge struggle internally for him.

“It’s not the sole thing that defines who he is, he’s such a multifaceted character, if it was just one stereotypical aspect of him I would have had reservations about it.”

Papi Chulo will be released in UK cinemas on June 7.

Related: 20 of the best LGBTQ films you can watch right now on Netflix