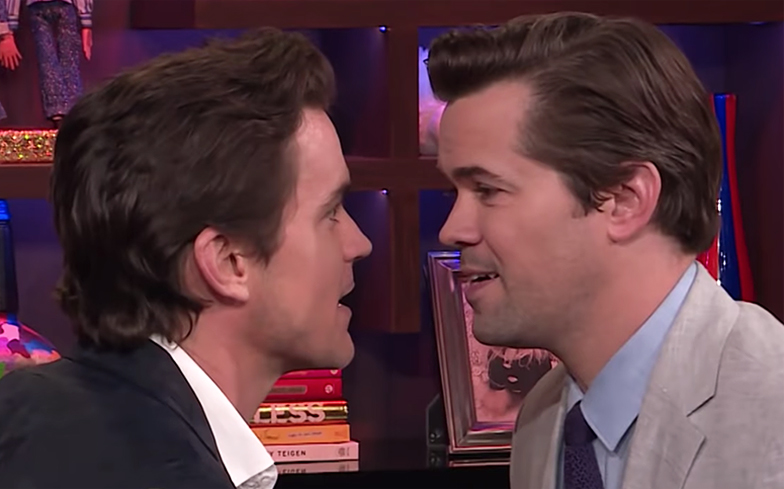 The two actors and longtime friends are currently starring on Broadway in Ryan Murphy’s adaptation of The Boys In The Band, the groundbreaking play about a group of gay friends, alongside big names like Jim Parsons and Zachary Quinto.

During an appearance on Watch What Happens Live with Andy Cohen, Matt and Andrew got “uncomfortably close” as they played a game of Who Gon’ Check Me, Qs? in which they had to ask each other questions and move closer after every answer.

Aside from finding out what Andrew’s favourite musical is (Into The Woods), and what Matt’s favourite movie is (Sunset Boulevard), the segment featured some heavy sexual tension and ended with a smooch between the two actors.

“Can you guys leave because I want to play that game with Charlie,” joked host Andy, referring to their The Boys In The Band co-star (and current Gay Times cover star) Charlie Carver who was watching from the sidelines.

Watch the moment below.