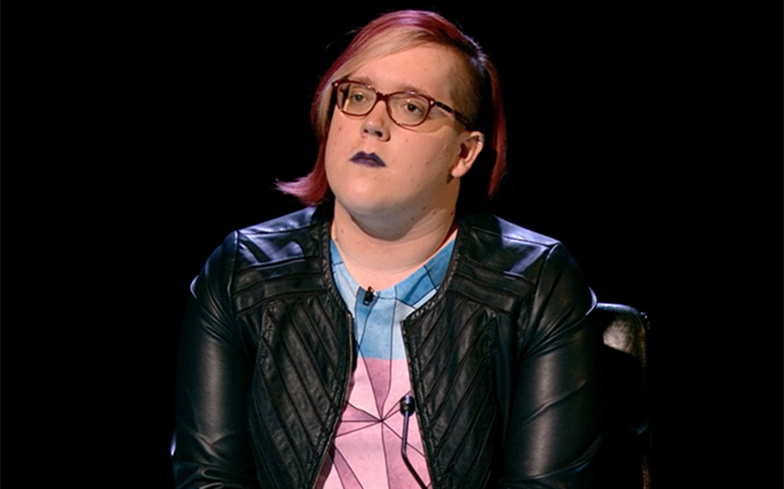 Emma, who previously appeared on the show in 2014, wore a dress in the colours of the trans Pride flag and answered questions about folk singer Dave Van Ronk, trans icon Marsha P Johnson, and even the item used to break the Stonewall’s doors down (it was a parking meter).

“My specialist subject is the Stonewall Riots, which I chose because I think it’s so important to shine a light on bits of history that not everybody knows about,” Emma explained in her introduction video.

“It’s more than just a specialist subject, it was a very real event that improved the lives of millions of people in a very real way.”

Related: 50 years on, the Stonewall Riots remain as relevant as ever

Her parents also appeared in a video tape to show support for their daughter. Emma explained how supportive they’ve been of her journey and thanked her dad (who also appeared on this season of Mastermind) for giving her advice.

“My family have been just an amazing support network, without them I wouldn’t have got this far both in terms of supporting me through this whole journey and just constantly peppering me with quiz questions to keep me on my toes,” she said.

Emma finished in a respectable joint second place, but more importantly she delivered a history lesson for the masses watching at home.

You can watch Emma’s episode of Mastermind on BBC iPlayer now.