Marvel’s Ironheart could be the next bisexual on-screen superhero 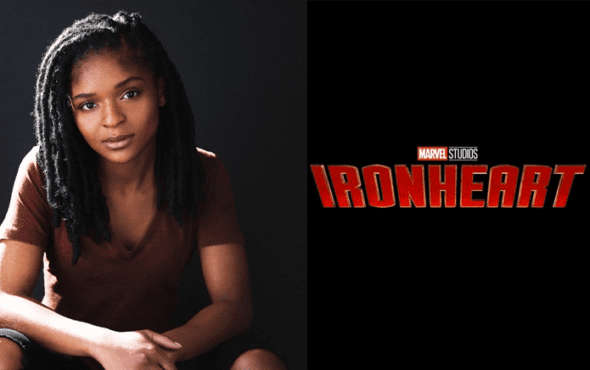 C’mon Marvel, make another canon bicon, we dare you.

New rumours suggest Ironheart could be the next bisexual superhero to join the Marvel Cinematic Universe.

So, if you haven’t heard the news, 23-year-old Dominique Thorne has been cast as one of Marvel’s latest and greatest kickass superheroes, Ironheart.

Now while Ironheart is suspected to be a Phase four of five release on Disney+, that doesn’t mean we can’t get excited, especially as there are rumours that main character Riri Williams could be part of the LGBTQ+ gang.

According to Epicstream, Marvel has been considering making Williams, who is straight in the comics, into an LGBTQ+ character. While speculation and fan theories are very much up in the air, we’re eager to see if Marvel will go ahead with the change.

Marvel (and Disney) don’t have the best record when it comes to LGBTQ+ representation, let’s not forget we were told there was “no space” for a queer narrative in Captain Marvel and, well, the proof of Valkyrie’s fluid sexuality on-screen seems like it couldn’t come soon enough.

But, it does look like the studios are making changes. Gone are the days of background LGBTQ+ characters – yes, I’m talking about that letdown scene in Avengers: Endgame.

Coming soon to #DisneyPlus, Dominique Thorne is genius inventor Riri Williams in Ironheart, an Original Series about the creator of the most advanced suit of armor since Iron Man. pic.twitter.com/VB94VyPr9e

We’ve been assured a spectacular growth of diversity and promised inclusivity across the Marvel universe, with much of it coming online rather than across the blockbusters.

We even had the news of Star-Lord late last year. Marvel confirmed that Star-Lord, a member of their beloved superhero collective Guardians of the Galaxy – and one of their most popular characters in history – is bisexual.

The nine-episode Disney+ series, which is set after the events of Avengers: Endgame, follows Wanda Maximoff slash Scarlet Witch (Elizabeth Olsen) and Vision (Paul Bettany) as they pursue an idyllic suburban life in the town of Westview.

In the show’s 70-inspired third instalment, Wanda’s unexpected pregnancy moves at an unprecedented pace, and she soon gives birth to twin boys: Tommy and Billy.

In the comics, Billy grows up to become Wiccan, a powerful hero with abilities of flight, telepathy, mind control, electrokinesis, teleportation, astral projection and reality-warping, much like his mother and father.

A significant storyline for the character involves his romance – and later, marriage – with his Young Avengers teammate, Hulking.

The relationship has earned continuous praise from queer critics and the characters are commonly referred to as “Marvel’s most prominent gay couple”. Yep, this means the MCU has just introduced its first gayby (!), and their first official queer superhero.

The possibility for greater diversity doesn’t stop there. In fact, According to reports from The Illuminerdi, the Disney+ series will introduce the franchise’s first-ever transgender superhero, Sera, who will be a major supporting character and could potentially cross over into the MCU film series.

Also, the series is reported to include another bicon to our growing list, but this time it’s the god of mischief Loki.

In the new series, Loki will have two love interests, one of them will be a man and the other a woman.

Series creator Michael Waldron opened up about the show in an exclusive interview with Forever Dogs podcast, stating: “I think [Loki] is the struggle with identity, who you are, who you want to be”.

The character will reportedly be the lead in The Eternals and unlike other heroes in the film, Marvel isn’t “listing the character on the casting breakdowns like the other Eternals, instead, he has a code name like Karen.”

In 2018, Stephen Broussard – a producer who’s worked on a series of MCU movies including Captain America: The First Avenger and Ant-Man And The Wasp – hinted at the inclusion of queer characters in future movies.

“But that is happening behind the scenes, you’re going to be seeing that more and more. Representation across individual groups in the years ahead”.

Since the rumours of Ironheart hit the internet and fans reactions have been mixed. Some are excited about the news, while others aren’t convinced the character’s new direction will actually stick.

ironheart being dark skinned & bisexual makes me so happy AH SHE GOT A PERFECT CASTING 🕺 pic.twitter.com/JXeseqU4e2

I think they will show Ironheart as bisexual since she's debuting in a TV series. But the movies??? Prohably not.