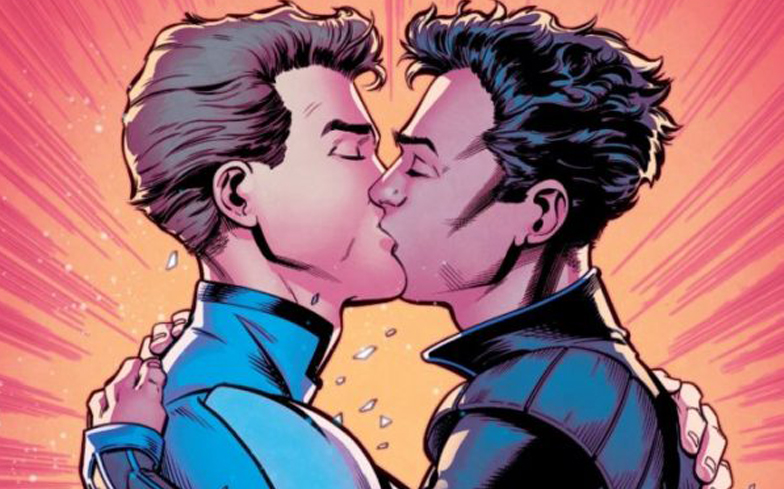 The series was cancelled earlier this year due to “low sales.”

But Marvel has already decided to revive the series, and it will be written by Sina Grace, who wrote Iceman’s last solo run.

During Iceman’s last run, which lasted from 2017-2018, a lot happened to the gay superhero. Not only did he have his first gay kiss, but he also came out to his parents. Although sadly, their response was not the one he would have been hoping for.

When Iceman returns, he’ll be trying to discover the identity of a person who is killing off the Morlocks, mutants who are forced to live in the sewers due to their physical appearance.

The first issue will also see the return of Bishop, a mutant from the future who is able to absorb and redirect energy. Grace also confirmed that Jubilee would be making a cameo appearance at the end of the first issue.

In an interview published on Marvel.com, Grace said: “While he’s [Iceman] fine enough running a team, he knows it’s not where his strengths are best put to use.

“He’s still sorting out how he fits in this world when he discovers that Morlocks are disappearing in the sewers. What he uncovers in the catacombs is far more terrifying than he could have imagined. From there? Things get really bad.”

Grace also said that Iceman’s ex-girlfriend Kitty Pryde (Shadowcat) would feature in the series, and that their relationship would evolve.

“I think they’re gonna [be] fun to have next to each other given Bobby’s new context,” he said.

“Exploring identity is a huge theme in this series, and Bishop’s a perfect character to have bounce off Bobby… not only ‘cuz he’s kind of more straight-laced than Iceman, but because he’s also this guy trying to establish himself in a world he’s not from.

“That’s something Bobby can relate to after having to come out to every single human being in his life.”

The comic series of Iceman will return on September 12.