Marvel has revealed their new LGBTQ+ superhero ahead of Pride Month 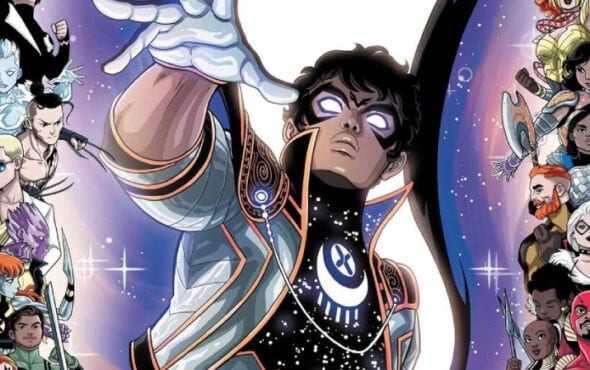 Marvel Comics has finally unveiled their brand new LGBTQ+ superhero Somnus and we are obsessed.

Taking to Twitter, the popular entertainment company announced the arrival of the mysterious mutant hero.

“Introducing Somnus! The new mutant hero makes his debut this June in “Marvel’s Voices: Pride” #1, written by [Steve Orlando] with art by [Claudia Guirre] and character design by [Luciano Vecchio],” the tweet read.

The synopsis for the origin story describes the character as “a mutant who had an extraordinary impact on an X-man long ago.” The character has the ability to control people’s dreams “but he was never able to follow his own.”

MARVELS VOICES: PRIDE #1 is set to explore Somnus’ “second chance at life” as he navigates the mutant nation of Krakoa.

💫 Introducing Somnus! The new mutant hero makes his debut this June in “Marvel’s Voices: Pride” #1, written by @thesteveorlando with art by @claudiaguirre and character design by @LucianoVecchio. Find out more: https://t.co/zH4s8i4LXY pic.twitter.com/eE5uBiU94g

Steve Orlando, who is the writer for the new story, opened up about the inspiration behind the character in a statement to Marvel.com.

“Somnus, Carl Valentino, is inspired not only by my own family history but by my experience with past generations of LGBTQ+ folks from across the country, people I wouldn’t have met without comics,” Orlando explained.

“While there is still plenty of work to do, we’ve also come a long way as a community. Somnus is a chance to explore how my own late queer relatives may have felt. living in more prejudiced times.

“He’s also a chance to celebrate past generations as a whole and acknowledge the strides we’ve made that they may not have lived to see.” Orlando went on to describe Somnus as a “complex character carrying a message of respect, power and vision.”

In honour of the upcoming Pride Month, Marvel comics is set to celebrate the LGBTQ+ community with the new anthology series MARVEL’S VOICES: PRIDE.

The queer-centred special is expected to bring its LGBTQ+ characters to the forefront and will be headed by LGBTQ+ creators.

Northstar, Mystique, Destiny, Nico Minoru, Karolina Dean, Iceman, and Daken are just some of the superhero characters that will be featured in this massive Pride event.

Along with releasing the new LGBTQ+ anthology series, Marvel Comics will also be dropping new Pride Month inspired covers that will feature some of Marvel’s most popular LGBTQ+ heroes.