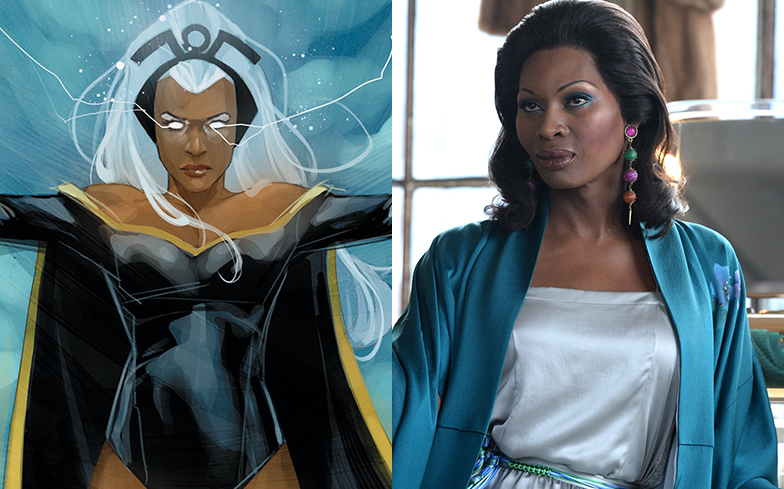 This NEEDS to happen.

Will Dominique Jackson follow in the footsteps of Halle Berry and play Storm in a live-action X-Men? Possibly.

Marvel fans are campaigning for the star, who’s received widespread acclaim for her performance as the fiery and quick-witted Elektra Wintour on Pose, to portray the iconic comic book heroine in an MCU adaptation.

As of writing, a Change.org petition calling for the trans activist and model to embody the “strong black women leader we grew up with from the comics” has garnered over 6,800 signatures. The end goal is to reach 7,500.

“If there’s anyone that could fill Storm’s cape it would be Ms. Jackson,” a statement on the petition reads.

“From fleeing persecution as a transgender woman in her home country of Trinidad to being a pioneer and leader for the Ballroom and LGBTQ community, Ms. Jackson knows what it’s like to feel to be an outcast only to find strength in community.

“Ms. Jackson knows how to command any scene she walks into while also being able to deliver strong witted monologues off the top of her head just like Storm does before summoning a bolt of lightning.”

Dominique addressed the rumours and thanked fans for having “confidence” in her ability to play the character.

“It’s not even about if Marvel sees this but just knowing that you are valued is what is important and makes us all feel human and respected as a part of community and society!” she wrote on Instagram.

Both stars received generally negative reviews for failing to embody the essence of the character. In the comics, Storm is depicted as brave, regal and – above all – fierce. She’s also one of the most powerful heroes in comic book history.

To reiterate the statement on the petition: Jackson would be perfect. She exudes power and regality as Elektra and knows how to read for filth. Remember Berry’s delivery of, “Do you know what happens to a toad when it’s struck by lightning?” in the first X-Men? Yes, terrible. Now imagine how Jackson would deliver it… Do you have goosebumps too?

While we patiently wait for (successful) news of Jackson’s casting, revisit her most iconic Pose scene below, in which she tears a transphobic, white, upper-class woman to shreds. It’s an absolute classic.