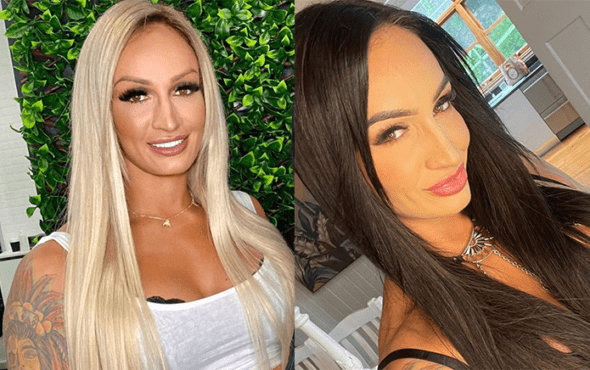 Married at First Sight Australia star came out as bisexual in an online Instagram Q&A.

On Sunday (March 21), Hayley Vernon opened up about her identity online after a fan questioned her about her sexuality.

The fan asked whether Vernon was “turned on more by the women or men in [her] OnlyFans videos”.

The reality favourite replied to the question and said “I’m bisexual” and explained that her experience in reality TV gave her confidence in identity and to embrace her sexuality.

Vernon added: “It was only after [Married at First Sight that] I was confident enough to explore my sexuality.

I dated two girls post [Married at First Sight] but learnt [they’re] harder to handle than most men,” she wrote.” During the Q&A, a fan asked the Married at First Sight Australia star if she regretted her time on the show.

“Not at all, another chapter in my book,” Vernon replied and added that “a lot of good came out of it.”

Vernon is not the first reality star to come out as LGBTQ+ on Married at First Sight Australia.

In the eighth season of Married at First Sight Australia, Liam Cooper was outed as bisexual on his wedding day while standing beside his wife-to-be.

Fellow Rebecca Zemek contestant outed Cooper without giving him the opportunity to address the situation himself.

Zemek’s actions left some fans shocked and surprised and her choice to publicly out Cooper in front of others and on his wedding day.

I feel so bad for the poor guy, everyone is just laughing at him. He rightfully complained to the producers about it because jeez pic.twitter.com/W8TanZOFcI