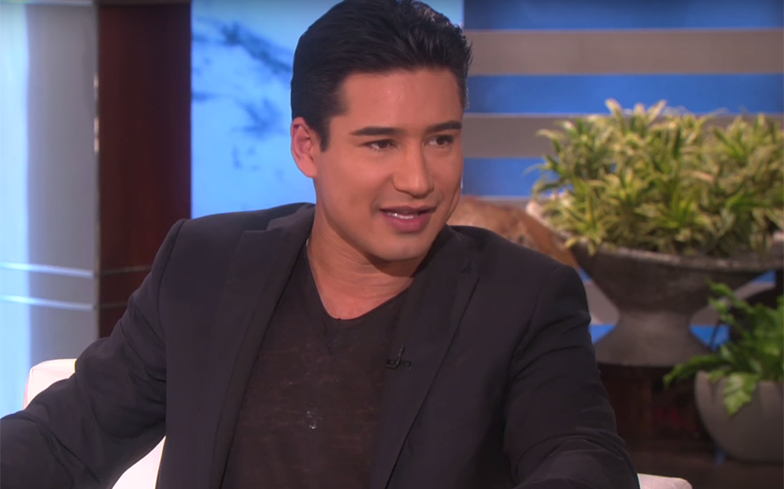 “It’s dangerous as a parent to make this determination then, okay, you’re going to a boy or a girl.”

The television host and journalist – who gained international recognition for his role as A.C Slater on Saved by the Bell – criticised Oscar-winning actress Charlize Theron’s decision to allow her child to live as a girl.

“I thought she was a boy, too, until she looked at me when she was three years old and said, ‘I am not a boy’,” Charlize said earlier this year, explaining that she’s raising her children to be themselves.

“So there you go! I have two beautiful daughters who, just like any parent, I want to protect and I want to see thrive.”

Lopez recently spoke with Trump supporter Candace Owens, who raised the “weird trend” of Hollywood stars letting their children identify their gender, comparing it to kids saying they’re a “mermaid” or they could “fly”.

Related: 50 Cent under fire for saying “you’re gay” if you date a trans person.

“I am trying to understand it myself, and please don’t lump me into that whole [group],” said Lopez.

“If you’re three years old and you’re saying you’re feeling a certain way or you think you’re a boy or a girl or whatever the case may be, I just think it’s dangerous as a parent to make this determination then, okay, you’re going to a boy or a girl.”

The 45-year-old added: “It’s sort of alarming and I just think about the repercussions later on. When you’re a kid … you don’t know anything about sexuality yet. You’re just a kid.”

After Owens said parents who support their children’s decision are “narcissists”, Lopez replied: “I think parents need to allow their kids to be kids but at the same time, you gotta be the adult in the situation.”

Later in the interview, Lopez said movements such as #BelieveWomen in support of sexual assault survivors are a “dangerous hashtag because people lie and sometimes those people are women.

“God forbid you have a son out there and a girl may have felt a certain way about a situation — dismissed, hurt, whatever, and is feeling vengeful and just decides to tell a certain story that’s not even exactly true, come back and hurt that individual.”