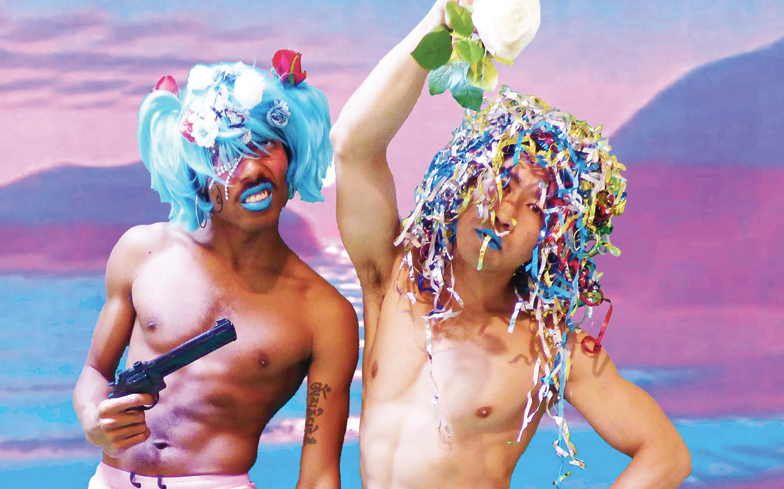 This autumn, Malik Nashad Sharpe is on tour with $elfie$. This is the third work in a series built around understandings of Black and Queer aesthetics performed against our current political moment. Malik performs his choreographic projects under the artistic name marikiscrycrycry.

$elfie$ suggests a new relationship with the emotional landscape amidst the intense highs and lows of the body’s wear and tear. Malik’s work is suitably polarised, inhabiting a world of unabashed, unapologetic joyousness, the advent of political melancholia and ambivalence to extreme forms of desire and violence.

An unravelling performance featuring Malik alongside dancer Kam Wan (Dalston Ballet), $elfie$ holds the mirror to the audience and at the same time extricates itself into a resistant creative force – and that force, according to Malik, says no to the stranglehold of authoritarian powers on our present and future aesthetics. Such work acts as a springboard for themes reflecting and responding to our times.

“My work is really concerned with the formal tools of making choreography, and challenging its perceived limits and edges, which is why I think, my work is so intense. I am interested in using the formal elements of choreography in order to interrogate contemporary political, social, and emotional issues”.

Malik Nashad Sharpe was born in Long Island, New York – a British-Caribbean-American. He was raised in the US but has returned to London, where he has strong family roots, to live and work. Following a strict upbringing within a working class family, Malik graduated from Williams College Massachusetts with the highest honours in experimental dance and live art. He also has a diploma from Laban, where he was awarded the Simone Michele Award for Outstanding Achievement in Choreography. In addition to making his own work, Malik has recently worked with Joe Moran (Dance Art Foundation), Project O, and is performing at Frieze art fair in October at Carlos Motta’s SPIT! project. Malik is also working with Rachael Young in her show OUT, all in addition to making brand new work of his own set for 2018.