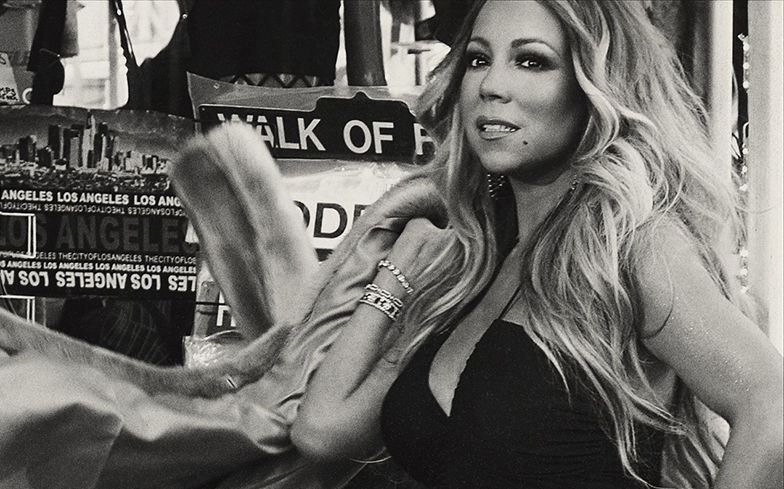 This is the Mariah Carey that 2018 deserves.

The elusive chanteuse recently gave us a preview of her long overdue 15th studio album with sass-laden buzz single GTFO, which, as well as being catchy as hell, turned her into one of the biggest viral memes of the year.

But now, she’s bringing us the classic Mariah sound that fans have been yearning for on the album’s official lead single, With You.

Produced by DJ Mustard, the track sees the legendary artist put her powerhouse vocals to good use as she serenades a lover over lush R&B beats and keys. There’s even a few signature whistle notes thrown in at the end for good measure.

Related: Mariah Carey helps same-sex couple get engaged on stage at her concert

“Waves were breaking on the shore, as we were sneaking through that door, had to leave by half past four, still I yearned to touch you more and more,” she sings on the minimalist, mid-tempo ballad.

Mariah recently announced that she’ll be performing the song live at the American Music Awards on 9 October, which will be her first performance at the annual music celebrations in 10 years. We can’t wait.

Her upcoming and currently-untitled 15th studio album, expected later this year, will be her first since Me. I Am Mariah… The Elusive Chanteuse, which featured bops such as Beautiful (with Miguel), Thirsty and You Don’t Know What To Do.

Listen to With You below.