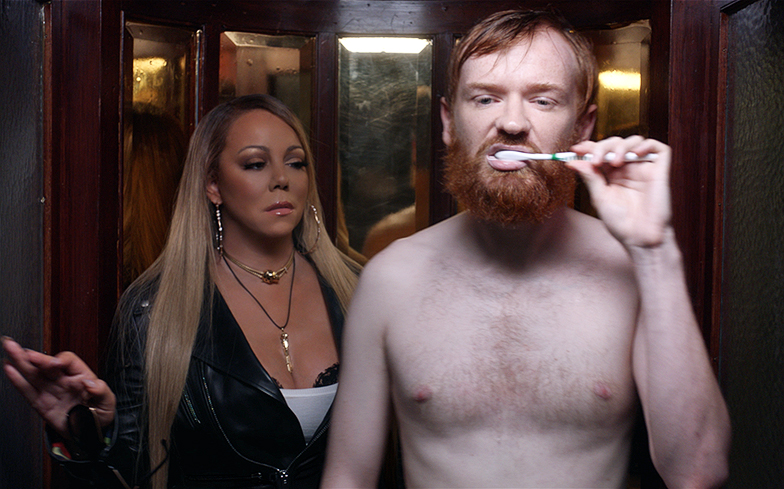 If there’s one thing we never expected to see, it’s Mariah Carey staying in a hostel.

But that’s exactly what happens in the latest advert for Hostelworld – a website that allows users to find the best deals on hostels around the world – where the elusive chanteuse serves us glam-on-a-budget realness.

No, we can’t quite believe it either, but the whole thing is brilliant.

In the hilarious clip, Mariah and her team arrive at a hostel in Barcelona, but it seems her assistant has made a major error as she actually wanted a “beautifully-appointed private room in a hotel” – not a hostel.

The notorious diva is then shown to her room, and despite a rather close encounter with a shirtless man brushing his teeth in the elevator, Mariah actually quite likes the room she’s given – although to be fair, it is a deluxe king-size.

“Nearly forgot, there’s a bar,” explains the hostel’s owner, before the most Mariah thing of all time happens when the singer dons a glittering dress to lip sync to her song Fantasy in the hostel bar, complete with a white dove and a desktop fan for effect.

Watch the new advert below.