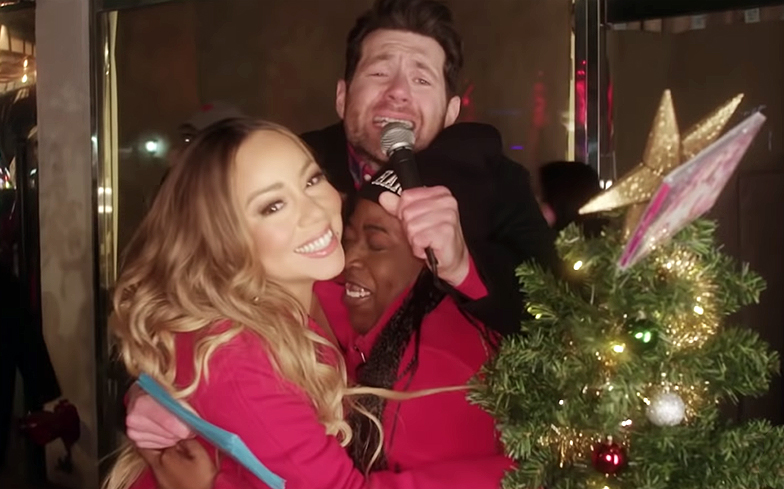 Mariah Carey is the latest celebrity to join Billy On The Street.

The show – which sees Billy Eichner patrolling the streets of New York City as he terrorises pedestrians – released a special holiday-themed episode this week to celebrate Christmas with the help of the perfect festive guest.

“We all know Mariah is the Queen of Christmas, and this year marks the 25th anniversary of Mariah’s record-breaking holiday album Merry Christmas and the smash hit All I Want For Christmas Is You,” Billy says.

“So we’re about to hit the streets to celebrate this anniversary and spread some much-needed holiday cheer on the streets of New York City!”

Related: Chris Evans appeared on Billy on the Street and it was so queer

The pair ask passers-by if they can finish the lyrics to well-known festive songs in an attempt to win various prizes including a menorah and a Christmas tree topped with Mariah’s Glitter soundtrack album.

Grammy-winning singer Mariah also shows off her Swedish accent, and shares a hug with an excited fan – their reactions are everything.

Watch the new episode here or below.