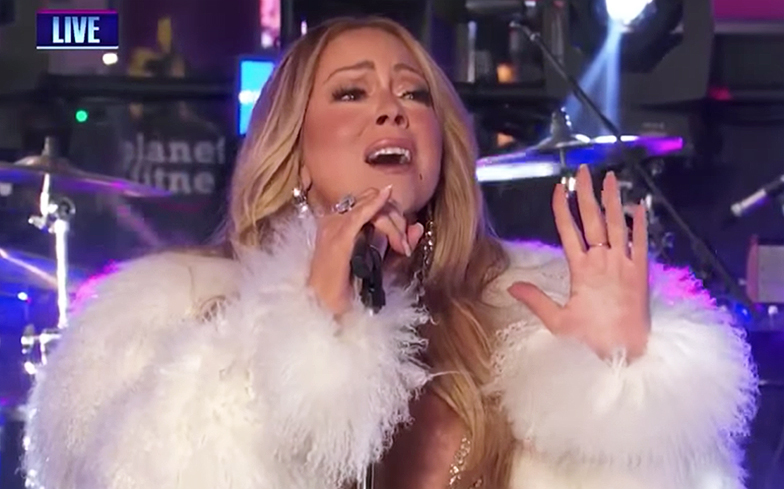 Mariah Carey is back on form.

Dropping the fabulous props and backing dancers of the previous year, the music icon stripped it all back for a simple, powerful rendition of two of her biggest ballads during the Dick Clark’s New Year’s Rockin’ Eve show.

But there was still time for some of those faux-diva antics that we’ve all come to love from Mariah.

“They told me there would be tea,” she joked after performing her debut single Vision Of Love. “Oh, it’s a disaster. OK, well, we’ll just have to rough it. I’m going to be like everybody else, with no hot tea.”

Mariah then went on to perform signature track Hero, another number one from her extensive catalogue of hits, which she dedicated to “everyone who speaks out for justice and tries to make the world a better place”.

While her vocals may not be as effortless as they once were, and the cold weather no doubt put a strain on her voice, we think she put on a fabulous show.

Check out the performance in full below.