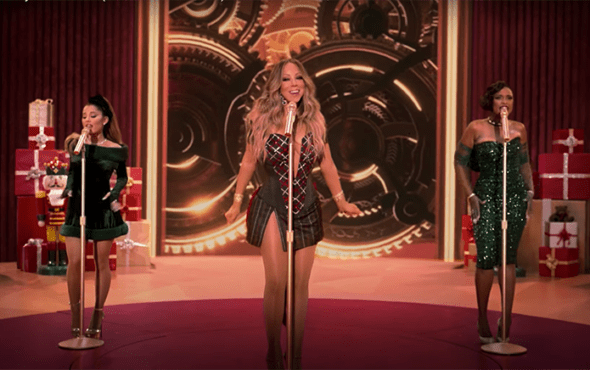 The girls are giving LOOKS, VOCALS, AND HARMONIES!

Music legend Mariah Carey has teamed up with fellow vocal powerhouses Jennifer Hudson and Ariana Grande for a remix of the classic track Oh Santa!

Filled with mesmerizing whistle harmonies from Carey and Grande and showstopping vocals from JHUD the new rendition of Oh Santa! dazzles from start to finish.

To make this legendary release even better the three were also able to perform the single on the new special.

The performance takes place in Santa’s workshop with Carey, Grande and JHud singing to all the elves that are making toys.

From the sickening outfits to their incredible chemistry, the Oh Santa! performance was everything we could have asked for and more! 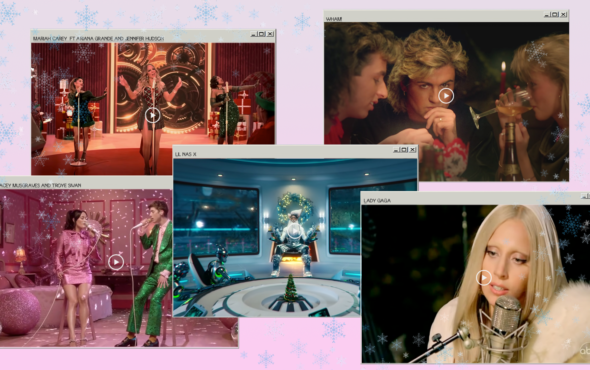 Carey confirmed the collaboration back in October with an Instagram post of three director chairs with the songstress’s initials on them.

In an interview with Billboard, Carey opened up about the collaboration and reworking the original track for the remix, stating: “I wrote Oh Santa! for my album Merry Christmas II You, which was sort of the follow-up to my first Christmas album […] and so I think it was all about the actual event, of course, of doing Oh Santa! with Jennifer and Ari, but it was also like, how do I see this a producer?”

She continued: “How do I see these vocals having different textures, what are they? […] it was cool to be able to work with the different vocal textures and play around with it and reimagine it.

When it came to the visual Carey describes their performance as “a girl group moment”.

“I think we all had a good time with it. That was the fun part about it.” she says.

Make sure to listen to the Oh Santa! remix here and watch the visual for the track below!