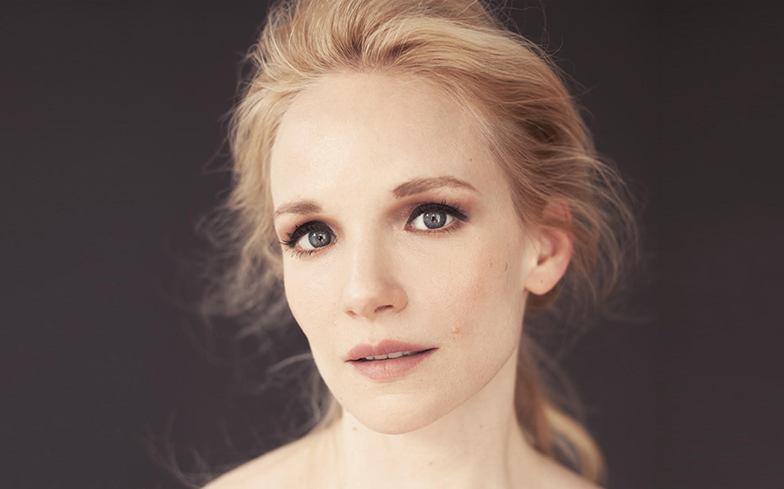 The film stars Béatrice Picard as the title character, an elderly woman who finally comes to terms with her long-repressed homosexuality after she learns her home care nurse is a lesbian. Upon release, the film received universal acclaim, winning numerous short film awards at festivals. It also received an Academy Award nomination for Best Live Action Short Film, making Marianne one of the only female directors to be nominated at this year’s ceremony. In celebration of the film’s success, we spoke with Marianne to discuss why it’s important to see the older queer generation (especially women) represented on screen, and how we can ensure stories from all backgrounds are being told.

Congratulations on your Oscar nomination! You must be so thrilled.
It’s insane. It’s crazy. I honestly still can’t believe it is actually happening. It’s the kind of thing you dream about your whole life. Somehow, all the stars aligned. I made the right film at the right time and I had the right people for it. It’s magic. There was a lot of hard work but I’m not the only person who worked hard.

What do you think this nomination for an LGBTQ film means for representation in Hollywood?
I think it’s absolutely incredible. It feels like things are starting to shift when it comes to including LGBTQ characters in film and making films about different aspects of the community, and Marguerite is definitely part of that. It’s not about a young, hip LGBTQ person, it’s about this older woman who was not able to live the life she was able to because of the times in which she was born in. So, it’s really encouraging to me because there are a lot of judgement and hate when it comes to LGBTQ rights.

Where did the story of Marguerite come from?
It’s a story that’s not based on any actual facts, but it was inspired by the idea that my grandmother was born in a very different generation than I was. She got married, she had kids, she never questioned herself. I was born in the 1970s and my parents were very open in regards to sexuality, racism, and all those things. And I thought that it was unfair for women from my grandmother’s generation because I had the opportunity to be who I am, and not live up to certain standards of society.

Did you experience any pushback because of the story?
Actually no, not at all! But then again it’s a short film. People who watch short films wouldn’t necessarily have judgement when it comes to that kind of stuff. It’s also a non-aggressive film, it’s not in your face, it involves homosexuality but it also talks about what it means to be human and living with regret, and not living up to the life that you should’ve had. Even for non-LGBTQ people, it is really inspiring. I wanted this film to be very inclusive. And it also feels like homosexual women aren’t taken as seriously as homosexual men, which is perhaps why their stories aren’t being told.
When I was doing my research, the other thing I came across was the fact that men had underground gay bars, but women didn’t have the economic power to even participate in that movement, because they depended on men to take care of them. That’s a huge thing as well I think, that we tend to forget.

How do you think we can ensure that stories from all backgrounds are seen and heard on the screen?
This is why we need more women directing and we should be opening up to other cultures. I think it’s really important that everyone’s voices are heard, and that’s going to make films in general much richer. I’m saddened that there are only a few female directors that are nominated at the Oscars this year, but I’m also a hopeful, naive person, and I really want to believe that it’s slowing changing. It takes a long time, it really does. If you think about Freddie Mercury back then and the LGBTQ community, the shape it is in now and the voice that it has now, it’s really changed. It’s evolved, and it’s really inspiring to me.

I think people are just starting to realise that you can’t have a straight white man direct everything.
Exactly, and I really hope it opens up even more. There are a few films that I feel should’ve been nominated. Lynne Ramsay should’ve been nominated for Best Director [You Were Never Really Here] because she’s incredible, and it’s not like my film, my film is very much feminine, soft and delicate. I think Lynne Ramsay’s work is very edgy, but underneath the violence, it still has that humanity. I really feel like she should’ve got a nomination, but I don’t believe there’s a conspiracy against women either. I think it’s just that we’re used to putting men out there.

What do you hope people take away from Marguerite?
I want people to take away that life is short, and to live according to what your values are, and to not let anyone else tell you who you should or shouldn’t be or love.