A major character just came out on Riverdale 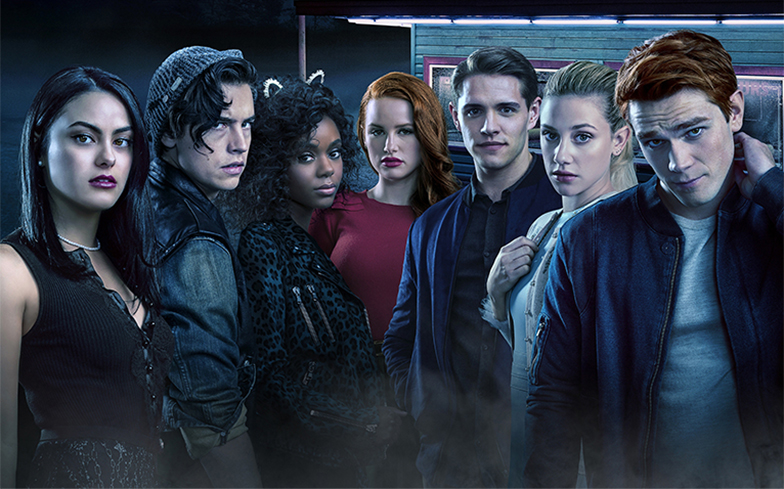 Another character has officially joined the LGBTQ roster on Riverdale.

After a short break through February, the popular Archie Comics-inspired teen drama finally returned to our screens on Wednesday night – and it came back with a bang.

While Archie, Veronica, Jughead and Betty spent a steamy weekend at a lodge in the woods, the rest of the cast took a trip to the cinema to watch Love, Simon, which is being released in actual cinemas in the UK next month.

The film, which tells the story of a high school student coming out to his friends and family, had a profound effect on Riverdale’s resident glamour girl Cheryl Blossom, who revealed to her new friend Toni Topaz that she’s bisexual.

“Everyone thinks I’m this loveless monster, but it isn’t true. I loved someone who loved me, and my mother destroyed it,” she explained.

“Her name was Heather. She was my best friend in Junior High, she used to sleep over every weekend until one night my mother caught us in the same bed. She said I was deviant.”

Toni replied: “You have to know your mother’s wrong. You’re not loveless. You’re not deviant. You’re sensational.”

Something is blossoming here… #Riverdale pic.twitter.com/l7sol7VKyc

Given that both girls have now come out as bisexual on the show, viewers are already keeping their fingers crossed that Riverdale gets its first female same-sex couple – they’ve even given them the nickname Choni.

cheryl and toni bout to be the biggest lgbt ship of 2018 pic.twitter.com/W75nC9q1xg

And the fans are in luck, as Vanessa Morgan, who plays Toni on the show, has revealed to Entertainment Tonight that that the pair’s relationship will “blossom” over coming episodes.

“I think that really intrigues Toni, so whatever ends up – be it a friendship or more – I think that’s really exciting for Toni to have somebody that she can relate to.”

You can stream new episodes of Riverdale every Thursday on Netflix UK.