Madonna has invited Lil Nas X to collaborate with her 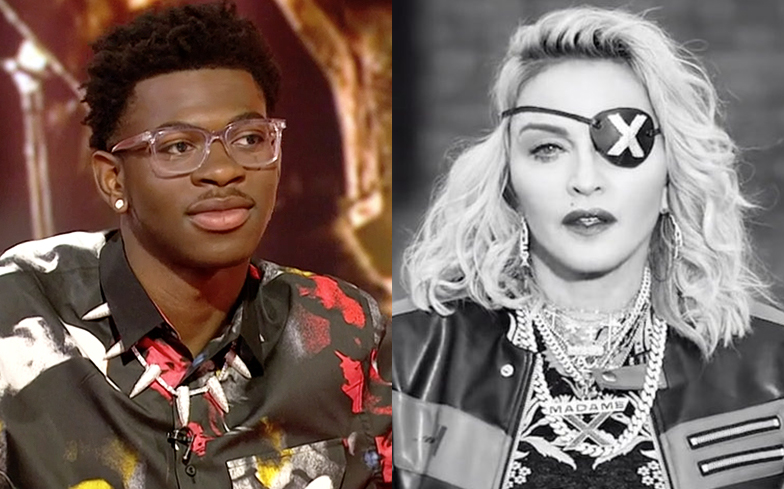 The Old Town Road rapper appeared at Madonna’s Madame X concert in Los Angeles, where she took some time to sit down with the viral star and sip his beer before inviting him to her farm to record a duet.

“That looks so thirst-quenching, may I have a sip? If I drink this, I’d be getting some of your backwash,” she joked. “It’s kinda sharp, your backwash. Might cut my tongue.”

Lil Nas X replied: “I’m in the presence of a legend I’m just happy to be here… this has been the most amazing show I’ve ever witnessed.”

After singing some of his hit single Old Town Road together, Madonna offered to “teach [him] how to ride” a horse at her farm in New York.

“I expect you to show up at my horse farm, I’m gonna show you what to do with a horse for real, and then we can make a song about chickens, because I got chickens too,” she said.

Watch a video of their fun encounter here or below.

Back in August, Lil Nas X’s debut single Old Town Road became the longest-running number one in history on the Billboard Hot 100.

He also became the first gay artist to win Musical Event of the Year at the Country Music Awards.