Madonna tipped to headline Glastonbury 2019 with an “unforgettable show” 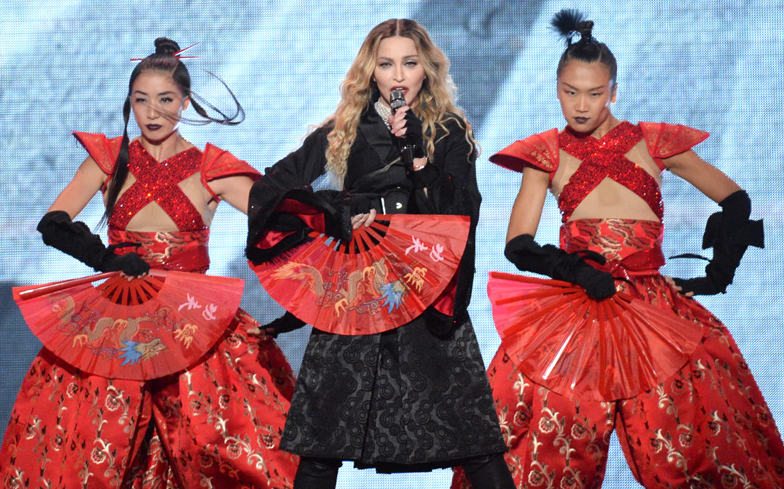 Beyoncé and Adele have proven in recent years that when it comes to headlining the Pyramid Stage at Glastonbury festival, the pop ladies know how to do it best.

But now the queen of them all could be heading to the world’s most famous music event, when it returns after it fallow year in 2019.

An insider has revealed that Glastonbury organisers Michael and Emily Eavis have approached Madonna about headlining the festival.

“Preparations are already well under way after they’ve taken this year off, and Michael and his ­daughter Emily Eavis want to make it better than ever,” a source told The Sun.

“They have always been massive fans of Madonna and know she would put on an unforgettable show.

“It was really important that they had a diverse line-up for the 2019 festival after criticism of previous ones.”

They added: “With this being a fallow year they want to secure a really big name to drive ticket sales.

“Thanks to all her huge hits, they are convinced that she would be a real crowd pleaser on the Pyramid Stage.”

As we all know, Madonna has been busy working away on brand new music in Lisbon for most of the year.

She has been back in the studio with Mirwais, who produced the whole of her 2003 collection American Life, as well as helping her to create classic hit Don’t Tell Me.

Related: Madonna pays homage to the LGBTQ community: “For me, Pride Month is every month”