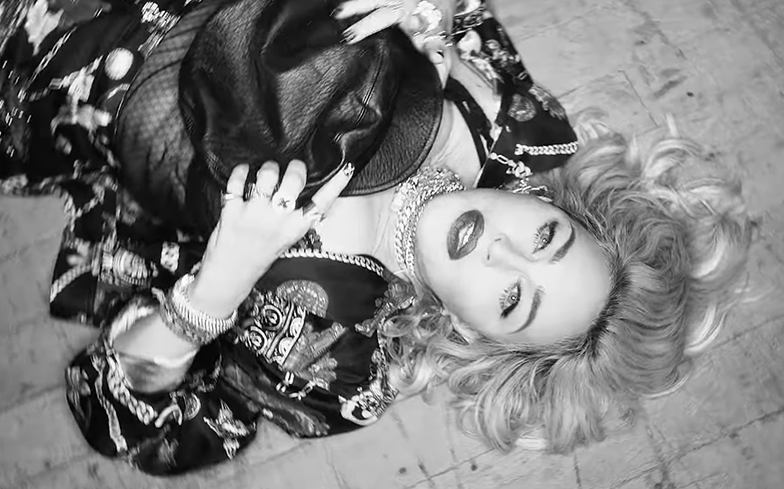 Madonna has released a music video for new single Crave.

The Queen of Pop has been treating fans well this era; after announcing her new album Madame X, which is due out 14 June, she released a total of four songs (Medellín, I Rise, Crave and Future) and announced an intimate theatre tour.

Now, she’s dropped the music video for second official single from the album, Crave, which sees her team up with Swae Lee for a stylish black-and-white visual in which the two artists pine for one another.

“I’m tired of being far away from home, far from what can help, far from where it’s safe,” she sings in the track’s opening lyrics, likely a reference to the fact that the new record was created while Madonna was living in Lisbon, Portugal.

Sonically, the track is a continuation of the vibe that Madonna debuted with lead single Medellín, moving away from dance-heavy sound of previous albums Rebel Heart and MDNA and stripping things back á la Ray Of Light, her magnum opus.

Watch the video for Crave below.

During a recent interview with French LGBTQ magazine Tetu, the legendary singer-songwriter spoke about her new album Madame X and made a comparison to a previous body of work that may leave fans divided.

“In many ways, this new album is actually a continuation of American Life,” she said.

American Life remains one of Madonna’s most controversial and political albums of all time – when it was released in 2003, it received a mixed response from critics and fans, however it’s now often remembered as a key moment in her career.

Madonna’s new album Madame X will be released on 14 June.