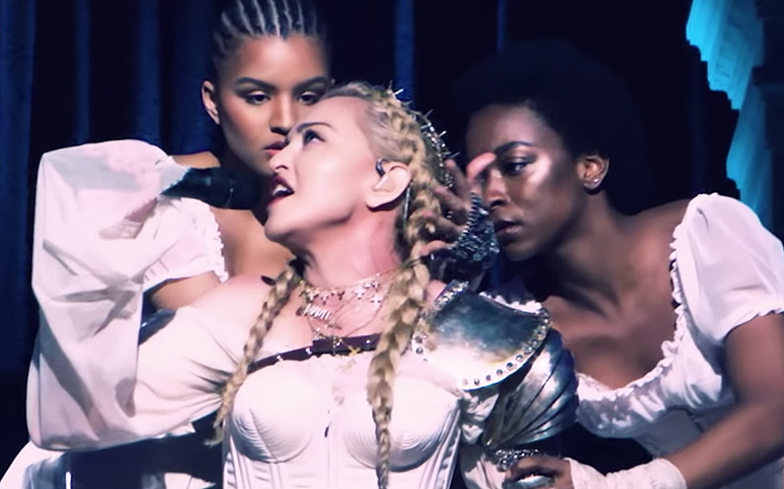 It might be the Queen of Pop’s 60th birthday, but it’s her who’s giving away a gift, as she’s just shared a professional recording of her full MET Gala 2018 performance, which took place at The Metropolitan Museum Of Art in New York City this May.

As she descends a staircase flanked by a choir of monks, Madonna belts out her signature hit Like A Prayer, before launching into a preview of a brand new track called Beautiful Game, which we’re assuming is taken from her upcoming 14th album.

Related: The Queen of Pop’s 15 gayest anthems ever

The performance ends with a cover of Leonard Cohen’s Hallelujah, giving the living legend a chance to show off her underrated vocal talent, which earned a brilliant reaction from the audience.

“In celebration of my birthday and as a ‘thank you’ for all your donations on my Birthday Fundraiser, I wanted to share a very special performance from this year’s Met Gala,” she wrote on social media.

Watch the stunning performance in full below.