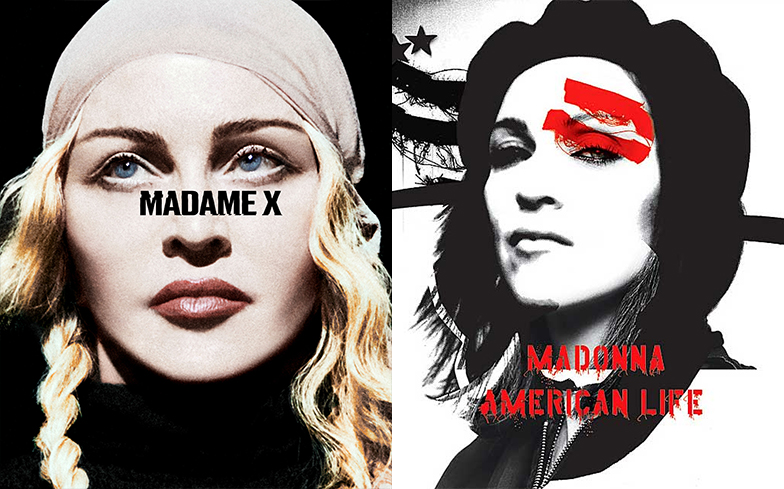 Madonna has compared her new album to one of her most controversial records.

During an interview with French LGBTQ magazine Tetu, the legendary singer-songwriter and forever Queen of Pop spoke about her new album Madame X, which is due out 14 June, and made a comparison that may leave fans divided.

“In many ways, this new album is actually a continuation of American Life,” she said.

American Life remains one of Madonna’s most controversial and political albums of all time – when it was released in 2003, it received a mixed response from critics and fans, however it’s now often remembered as a key moment in her career.

It makes sense that Madonna would reflect on the album, as Mirwais, who co-produced and co-wrote almost the entirety of American Life (as well as several songs on Music and Confessions On A Dancefloor), is heavily involved in her new record Madame X.

The French producer co-wrote seven tracks from the new album, and while production credits haven’t been released yet, we’re assuming he’s produced just as many. It’s the first time they’ve formally worked together since 2005, so anticipation is high.

So far we’ve heard one of Mirwais’ productions from the album: lead single Medellín. Other tracks he has songwriting credits on are Dark Ballet, God Control, Batuka, Killers Who Are Partying, Extreme Occident, and I Don’t Search I Find.

The Queen of Pop is known for her incredible live performance almost as much as her chart-topping music, so fans will be ecstatic to know that she’s announced a new tour to support her upcoming album Madame X.

Never one to follow tradition, Madonna is swapping stadiums and arenas (which she’s proven she can sell out with ease) for several dates at intimate theatre venues, providing a rare once-in-a-lifetime experience for fans.

You can find all the Madame X Tour information you need including London dates here.