Madonna responds to backlash over Aretha Franklin ‘tribute’ at VMAs 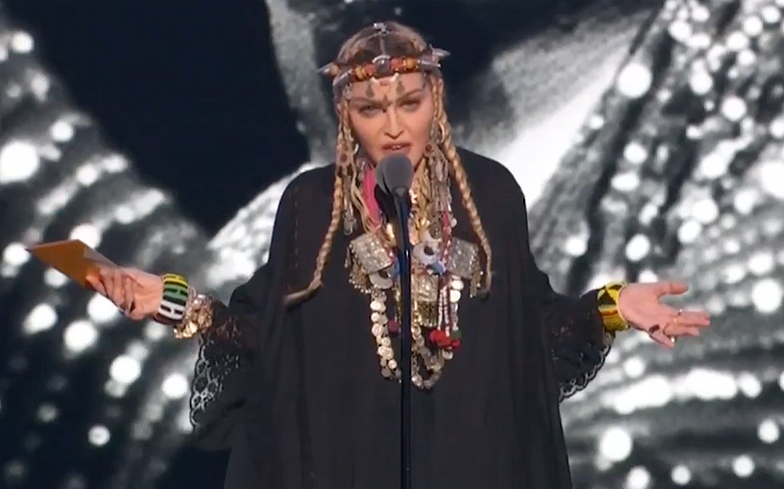 Madonna has addressed backlash over her ‘tribute’ to Aretha Franklin at the VMA awards.

The Queen of Pop may be known for her iconic performances at the VMAs, whether she’s bringing voguing into our living rooms or kissing Britney Spears on stage, but during this year’s awards ceremony she made headlines for the wrong reasons.

It was announced last-minute that the iconic singer would be making an appearance to present the Video Of The Year award – which went to Camilla Cabello’s Havana – and she used her moment to pay tribute to the late Aretha Franklin.

“Aretha Louise Franklin changed the course of my life,” she began her speech, before going on to talk about the beginning of her own career, the auditions she went to, and her struggles to make it as a pop star in the music industry.

While she may have gotten around to addressing the Queen of Soul eventually, many viewers have criticised Madonna for appearing to make the tribute about herself rather than Aretha, labelling her “disrespectful”.

Following the backlash, Madonna has now taken to Instagram to explain what actually happened.

“I’m with the Winner!! The beautiful [Camila Cabello]! So proud of her,” she wrote alongside a photo of herself with Camila.

“And just to clarify: I was asked to present video of the year by MTV! And then they asked me to share any anecdotes I had in my career connected to Aretha Franklin! I shared a part of my journey and thanked Aretha for inspiring me along the way.

“I did not intend to do a tribute to her! That would be impossible in 2 minutes with all the noise and tinsel of an award show. I could never do her justice in this context or environment.”

She continued: “Unfortunately most people have short attention spans, and are so quick to judge. I love Aretha! R.E.S.P.E.C.T. I Love Camilla! Congrats! I LOVE my dress! AND. I love-L O V E!! and there is nothing anyone can say or do that will change that.”

To celebrate her 60th birthday last week, Madonna shared professional footage from her 2018 MET Gala performance, which saw her sing smash hit Like A Prayer, a cover of Hallelujah, and a brand new song called Beautiful Game.