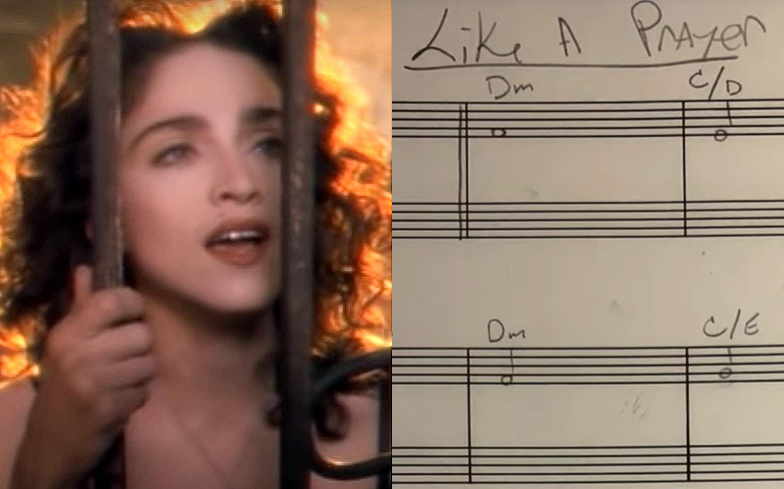 Three demos from Madonna’s Like A Prayer album have been released online.

Songwriter Patrick Leonard, who worked with the Queen of Pop on Like A Prayer, has uploaded unreleased recordings from the critically-acclaimed album to YouTube in an attempt to thwart an unauthorised auction of the singer’s personal items.

The uploads include demos of lead single Like A Prayer and third single Cherish – both of which Patrick says were recorded by Madonna on the day they were written – as well as an unreleased song called Angels With Dirty Faces.

The cassette tape containing the songs is being sold by Madonna’s former art adviser Darlene Lutz. Other items featured in the auction include a used hairbrush and a break-up letter from rapper Tupac.

“I hope these posts stop the sale of that cassette at auction. Not cool at all that someone would sell it. Not theirs to sell,” wrote Patrick on one of the song’s descriptions on YouTube.

Madonna initially tried to stop the auction when she filed an emergency court order in 2017, but a Manhattan judge ruled earlier this month that the sale could go ahead.

The cassette tape eventually sold for $3,670.

The Queen of Pop’s iconic fourth studio album Like A Prayer, which was released back in 1989, gave birth to some of her biggest singles and is recognised by fans and critics as one of the most defining moments in her career – and for pop music in general.