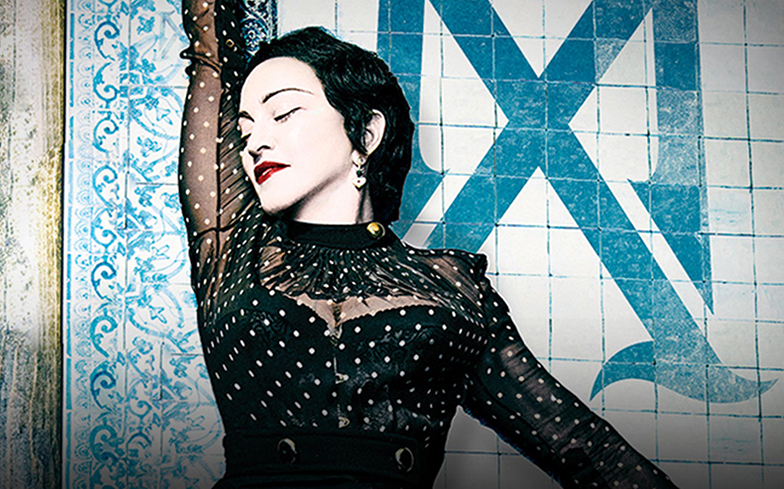 Madonna is heading out on tour once again.

The Queen of Pop is known for her incredible live performance almost as much as her chart-topping music, so fans will be ecstatic to know that she’s announced a new tour to support her upcoming album Madame X.

Never one to follow tradition, Madonna is swapping stadiums and arenas for several dates at intimate theatre venues, providing a rare once-in-a-lifetime experience for fans.

Kicking off in September with 12 shows at the BAM Howard Gilman Opera House in New York, the tour will then feature four shows at the Chicago Theatre in October, and nine shows at The Wiltern in Los Angeles in November.

Madonna will also visit the Colosseum at Caesars Palace in Las Vegas, the Boch Center Wang Theatre in Boston, The Met Philadelphia, and the Fillmore Miami Beach at the Jackie Gleason Theatre, with dates announced soon.

The tour is then expected to resume in 2020 with a series of performances at the The Coliseum in Lisbon, the Palladium in London, and at the Grand Rex in Paris. We expect dates to be announced soon.

Ticket requests for Madonna’s New York, Chicago and Los Angeles shows are now being accepted until 10 May at Live Nation.

Last week, Madonna released a new track called I Rise, a powerful political song that she wrote as a way of “giving a voice to all marginalised people” and to mark the 50th anniversary of the Stonewall Riots.

I Rise follows Madonna’s lead single Medellín featuring Maluma, which the pair performed at the Billboard Music Awards earlier this week – you can watch that here – but that’s not the only new music fans will be getting this month.

An “infectious pop gem” called Crave featuring Swae Lee will drop on 10 May, Jamaican dancehall track Future with Quavo will be released on 17 May, and the “sonically innovative” Dark Ballet will come on 7 June.