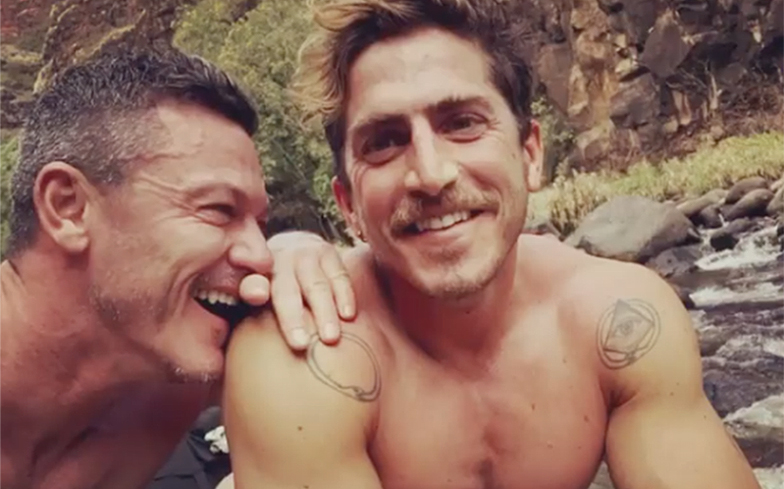 Luke Evans has introduced the world to his new boyfriend.

The Welsh actor, who recently starred in Disney’s Beauty and the Beast remake, is usually low-key when it comes to his personal life, but he appears to have just gone ‘Instagram official’ with art director Rafa Olarra.

“He loves my Welsh humour… no, honestly!! He does,” he captioned a video of himself and Rafa laughing during a vacation to Hawaii, adding the hashtags #hawaiimemories and #happiness.

Luke appeared to confirm the relationship by liking a comment from designer Brian Atwood, who wrote: “Cute couple!”

The actor first spoke publicly about his sexuality back in 2002 during an interview with Gay Times Magazine, and later that year told The Advocate magazine: “It’s not a big issue, and it’s never going to be a big issue for me.

“Look at George Michael, let’s say. I mean, he hid it for so many years, and then he gets found out in a really awful way… Y’know, you start a slippery slope downward, and I didn’t want to start that at 22.

“If that means I’m going to be a poor man at 60, then at least I’ve lived a happy, open, gay life and not had to hide it from anybody.”

Check out more photos of the cute couple shared by Rafa below.