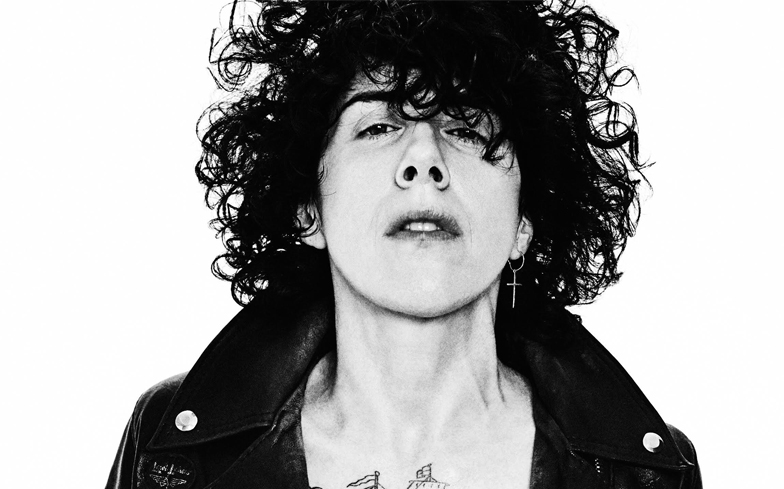 American singer-songwriter LP will look back on 2017 as being a very good year in her life.

After releasing her fourth studio album Lost on You at the end of 2016, the title track was a massive hit for the star, hitting No.1 in 15 countries and the accompanying music video amassing more than 174 million views (not to mention the 81m streams on Spotify).

But for Laura Pergolizzi it was bittersweet success. Lost on You was born from the breakdown of her relationship with her ex-girlfriend, with personal turmoil resulting in a monumental accomplishment in her professional career.

Gay Times caught up with LP as she embarks on a worldwide tour to talk about her incredible year, the challenges that still face LGBTQ artists, and why she will continue to spread a message of inclusion.

Oh, and she also told us which British diva was originally meant to get the song she eventually gave to Cher…

It’s been just over a year since you released Lost on You – did you ever anticipate that track would get the reaction it did?
“No, never. I feel bad saying it all the time, but I think it’s important people hear it: I was dropped from my previous label after I played them that song. So it definitely was not, ‘Oh yeah, this is the song for sure!’ I played it to them and they were like, ‘Fantastic. See ya.’ To me, it’s my job to keep telling that story so people can understand that this is truly the way of the world. That doesn’t mean you just hawk around with one song for the rest of your life and not keep creating. I was already 50 songs away from Lost On You when that one hit, so it just goes to show you’ve got to keep going.”

The streaming and chart stats don’t lie when it comes Lost on You – why do you think so many people connected to that song?
“I think it’s the emotion in the lyric, the melody and my voice. I remember it was after I wrote the song that I was still having the same problem with the same person I wrote it about, and I headed to the studio to do some backup vocals and I was literally too choked up to even sing it. I put a lot of my feelings into a song. I think people are connecting to emotion. It’s an honour to get to someone in that way.”

It’s about your breakup from your ex-girlfriend, so what is your relationship like with the song now? It’s come from a difficult time in your personal life, but it’s a huge success in your professional career.
“I feel like I can draw from that well for a lifetime. When you have some of these feelings, I can easily go back to where I felt that way. At the same time, I can compartmentalise now when I sing the song. Now it’s more that I’m connecting with the fans and people at shows through it. A show for me is a communal experience – I’m not really comfortable with thinking that I should be looked at. It’s more about wanting to commune with people and commiserate and connect.”

I imagine you want to retain an air of privacy when it comes to your private life, but at the same time it’s those more intimate experiences that usually make the best songs. When it comes to songwriting, how much do you want to reveal?
“Therein lies the artistic nature of poetry. You try to convey deep, dark truths about something in a way that is still veiled. That’s the dance. I’m not sure I can explain how my specific version of this goes, but that’s what we try to do. I try to emulate my heroes and how they got to me that way.”

We need to talk about the music video for No Witness, which is such a powerful visual featuring brutally beaten gay dads with their child.
“We had to edit that even more because it went deeper. This is the thing, with all the positive things I see in the world, there’s this endless news cycle of awful stuff. I’m just really hyper aware of how lucky I am as a person. The fact that this stuff is coming to light is a great thing because it’s good that our knowledge is coming to the surface and we are able to try to evolve from it.”

That’s especially in America with it coming up to a year since Trump took office. Do you think music will get more political now that there’s much more to speak up against?
“I think so. I think it has already begun. I don’t truly think we’ll ever really get back to the sixties and seventies where that was at the time. I really do think that people are starting to weave that into their songs for sure.”

Has it played a part in your own songwriting?
“Yes and no. I feel like my music in general is a political statement. By continuing to be myself I’m putting my flag in the dirt and being like, ‘Yeah, this is what exists. This is what is. Accept it, don’t accept it – it’s not going away.'”

Well, again with the No Witness music video, it’s all about visibility.
“Yeah, and at the same time my goal is inclusion. I’m not looking to exclude or to make a world of LP followers. I’m truly interested in diversity and where that takes us. I’m always a fan of that, so to be allowed to live with dignity and peace and be completely yourself is where we should all head.”

When you find yourself with this far-reaching platform, do you feel a responsibility to speak up about these issues?
“Of course. My path and my weapon is very much kindness, passion and inclusion. I want everybody to feel like they matter, and they can be whatever they want. That’s the biggest thing I’m trying to convey to the people who enjoy my music. That’s as much my life’s work as music – to make someone feel better.”

For LGBTQ artists in 2017, what are the challenges they still face within the industry?
“Being seen as not just an LGBT artist. Not having that moniker put on them. Like, who cares? It’s not something that should even matter. I love it when male artists that you would never think, come out as bisexual or gay, and then people are like, ‘Oh?’ It’s the struggle not to be marginalised when you are that artist. I’ve never denied that I’m gay, but I’m also not trying to push it as an agenda. I’m a big fan of how Ellen DeGeneres has pushed her image forward. Singularly, she’s done more for gay people than anyone. You’ve got the most racist, prejudiced people that use awful language tuning in and being like, ‘One second, Ellen’s on.’ She does that through comic genius and kindness, and I’m really in awe of her.” I suppose it’s finding that balance, because no-one is defined by their sexual orientation, but at the same time it’s about being visible to people out there who could be struggling with their own sexuality.
“Yeah, for sure. People in many ways have been tortured over many things, but the torture people have to go through they may not even know. There are people that have lived their whole lives in a ‘normal lifestyle’ that have been screaming in their heads the entire time, ‘This is not who I am.’ You think about that, y’know. You also think about the bad energy they put into the world because of… when someone’s forced into a situation they don’t want to be in, things get bad. That’s when it comes down to people trying to control you, or whatever it is. If I’m about anything, I’m about being yourself and being nice about it.”

Out of interest, is there anyone you’re itching to get into the studio with to write music for?
“Just selfishly for myself to see how they work, it would be someone like Bruno Mars or Adele. They obviously don’t need me at all, I’d just like to be a fly on the wall and see their process. And I love their voices!”

Touching upon people you have written for, we have to mention Cher…
“Oh man – she rocks! I got an email saying she wanted me to change the second verse of a song, but then she went back to the original verse! It was a song that I thought I was writing for Leona Lewis and then Cher took it. And then when I wrote the second one called Pride, which is on the deluxe version, it was for her in mind. I love her voice and her career is so amazing. It has spanned so many interesting eras.”

LP’s new album Lost on You is available to stream and download now.

You can watch the music video for LP’s new single When We’re High below: