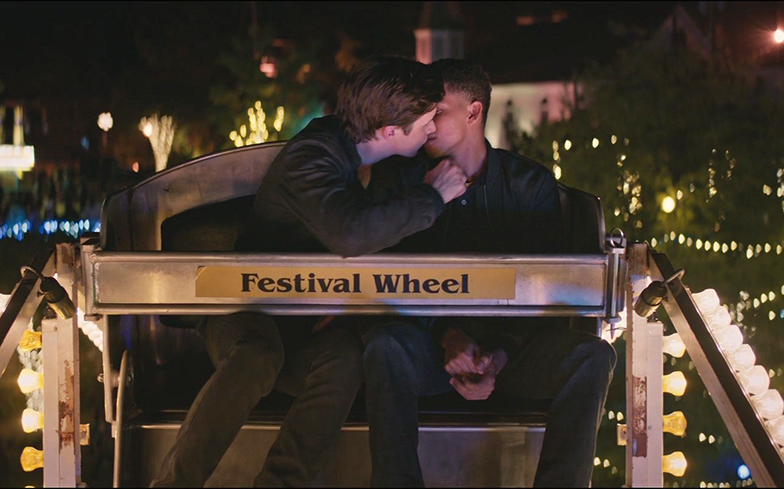 Love, Simon picked up the trophy for Best Kiss at the 2018 MTV Movie & TV Awards on Saturday night.

The coming-of-age film – which boasts the honour of becoming the first major-studio teen rom-com to feature a gay protagonist – was released earlier this year, and received universal acclaim from critics.

Lead actor Nick Robinson wasn’t on hand to receive the award – due to scheduling issues – so his co-star and love interest Keiynan Lonsdale picked up the gong, decked out in a shimmering, gold robe.

This is the second year in a row that the trophy has been awarded to a same-sex couple. Last year, Ashton Sanders and Jharrel Jerome won for their performance in the Academy Award-winning drama, Moonlight.

Earlier this year, Keiynan sat down with Love, Simon director Greg Berlanti in an exclusive interview with Gay Times and discussed everything from coming-out fears, on-set antics, and the importance of their movie.

“I woud identity as queer – that feels the most accurate,” revealed Keiynan. “My sexuality used to be all I could think about, and now it barely crosses my mind, which is cool.”

He continued: “I think in the future we will get to a place where we are just human and there are no made up rules for how or who we should love, but for now it’s amazing and crucial to have a community and words that represent the journey to rainbow freedom.”

You can buy Keiynan Lonsdale’s issue of Gay Times here.