Love, Simon spin-off series Love, Victor has a new trailer ahead of UK release on Disney+ 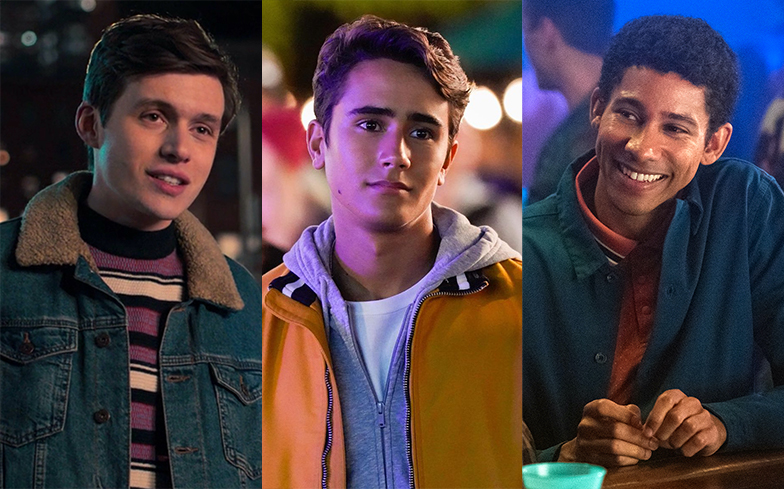 It’s the moment you’ve been waiting for – Love, Victor will finally be available to UK viewers later this month.

Love, Victor (a spin-off series on Love, Simon) will finally be available to UK viewers on Disney’s streaming platform Disney+ as part of a new channel on the service called Star.

To mark its arrival, a new trailer has been released for British audiences.

Inspired by the big-screen hit of Love, Simon, Love, Victor follows the story of a new Latinx student at Creekwood High School as he embarks on his personal journey of self-discovery.

Love, Victor is set in the same world as the original film and focuses on Victor (Michael Cimino), a new student at Creekwood High School who, like Simon, is on a journey of self-discovery as he struggles to come to terms with his sexuality.

He will seek out Simon for advice on coming out and how to navigate the terrors of high school. Nick Robinson – who played Simon Spier in the groundbreaking teen romance – will narrate and produce the series.

Ugly Betty star Ana Ortiz joins Cimino as Isabel, Victor’s mother who is feeling the pressure after moving across the country, while James Martinez (One Day at a Time) will play his “guy’s guy” father Armando.

The trailer features all the aforementioned stars, as well as a surprise appearance from Love, Simon star Keiynan Lonsdale – who reprises his role as Blue – Drag Race icon Katya and 13 Reasons Why’s Tommy Dorfman.

Love, Victor will be available to stream on Disney+ from 23 February on Star on Disney+.