Love, Simon author Becky Albertalli on why there won’t be a sequel from the gay teen’s perspective 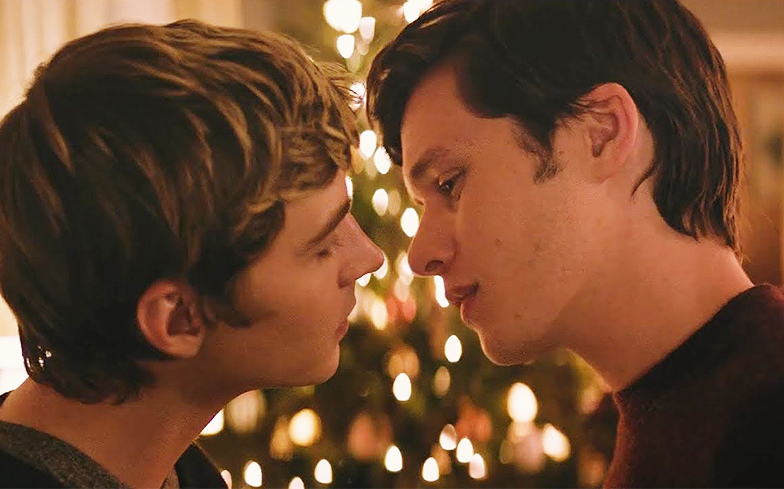 It’s nearly three years to the day that Becky Albertalli’s young adult novel Simon vs. the Homo Sapiens Agenda was first published on 7 April, 2015 – but even the author herself didn’t realise just how much of a cultural impact it would go on to have.

The novel – which follows 17-year-old closeted teen Simon Spier as he strikes up a romance with an anonymous gay pen pal from his school named Blue over email – has become the first romantic comedy featuring a gay lead character to be released by a major movie studio.

It’s already been a box office success in the US, hopefully paving way for more LGBTQ stories to be made for mainstream audiences.

Ahead of its release in UK cinemas on 6 April, Gay Times caught up with Becky Albertalli to talk about the inspiration behind the novel, why we will not be getting a sequel from Simon’s perspective, and the reason why she can’t use fan favourite Love, Simon movie character Ethan in her books. This is a warning, however, that there are mild spoilers for both the book and movie ahead…

First off, did you ever expect this story to be made into a mainstream rom-com by a major movie studio?
To be totally honest, I didn’t expect it to be published as a book! I was kind of in shock. I knew how hard it was to get a book deal. But then once I had one, some of my friends asked about film interest. I wasn’t even worried about that, because there was no way I would get film interest as the book was half told in emails. It took the creative team of the movie like two seconds to work around that.

What was the inspiration for the novel?
I wish there was a straightforward answer to this. Sometimes with certain books, authors have a moment that they can trace the story back to. That wasn’t necessarily the case for Simon. It’s very much a story that started with the character, and him kind of living in my head for a while. A lot of the story, his thoughts, and voice, and memories are pulled from my own teen experience.

It’s complicated to talk about this in a way. I was a psychologist in my previous career, and I worked a lot with teens from the LGBT community. But whenever I say that, it’s so important for me to reiterate that Simon is not based on any of my clients. All these stories and experiences that were shared with me in therapy sessions are confidential, so those are things I don’t touch for my fiction.

So when people want to know if Simon was inspired by my work as a psychologist, I get a little squirmy, because it’s like, ‘No’. If people think that, it puts my clients in a vulnerable place. Simon was really based on that community becoming more important to me, so I sometimes think of the book as a love letter to some of those clients. But I certainly didn’t pull from anybody’s personal stories.

As heterosexual female, how did you prepare writing from a closeted teen boy’s perspective?
A lot of the research comes from listening and following conversations online. Also reading books that have been created by people in the LGBT community. My work with that community in a very general sense on issues that kids are dealing with pointed me in good directions to dig deeper.

So particularly some of the differences between what that experience might look like for a teen nowadays versus when I was in high school. The biggest difference of course would be social media and the internet. It’s really been a game-changer in a lot of good and important ways, but also some challenging ways. So it was just digging into what that looks like and feels like.

Then of course, a critical piece of this – whether you are writing outside, or even about your own experiences – is to get it vetted. Make sure before a book goes into publication it lands right with people from the community you’re writing about. And that’s not it landing right with every single person, but you want to try and mitigate any possible harm you can cause with bad representation.

Related: We have no doubt just how important Love, Simon will be for queer youth – review

What are your views on the major changes between the book and the film?
I am very comfortable with the changes. I really see the book and film as two separate entities. They share the same heart, and the feeling of them are the same. I’m not too hung up on the details. There are some changes they had to make to make it work for a different medium.

So in the book for example, Simon’s suspicions about who Blue is aren’t as crisp as they are in the movie. But it works so well for the film that he has three candidates who he thinks are Blue. In the book, he kinda has somebody who he considers, but he’s not specifically feeling somebody out or changing his mind.

One of the other big differences in the film was the addition of Ethan. Would you ever consider writing the character into any of your future books?
So I have a new book coming out called Leah On The Offbeat… so the only problem with Ethan being in my books is that the character is owned by Fox. I don’t have the copyright for him.

I was so desperate… I was talking to my publisher like, ‘Can we get the rights just so I can have him in the background?’ I just love him so much. They were like, ‘I think that’s complicated, so you should go ahead and just write your book!’ So we didn’t pursue it. Anybody who makes the mistake of talking about Ethan to me… I’m obsessed with that character! So I wish I could have included him, but the short answer is he is copyrighted.

You’ve mentioned Leah On The Offbeat which will be based on Leah’s perspective, but how much of Simon’s story develops through that novel?
Simon is a very prominent and important character, and he’s Leah’s best friend. Simon feels like he’s got three best friends, which are Leah, Nick and Abby. From Leah’s perspective, and I what I came to know about her, Simon’s her best friend. So Simon’s all over the place. He doesn’t have as much upheaval, and that’s on purpose.

People always ask for a sequel from his point of view, and I’m like, ‘No can do, because I’m not ever breaking up Simon and Blue – that’s not happening.’ Nobody is going to let me write a book just about them making out and being blissful! So the perspective shift was absolutely necessary, so they can just be happy in the background. Simon and Bram play all kinds of roles in the background of Leah On The Offbeat. People will see plenty of them.

You also have another gay love story coming out called What If It’s Us which you’ve co-written with Adam Silvera. Will it be part of the Love, Simon universe, or is it a separate entity?
It’s very separate. As a little Easter Egg, in one of the chapters Adam wrote, his character sees a movie which readers will be able to tell is Love, Simon. He talks about seeing that movie. That’s just an Easter Egg. It’s in a separate universe. It’s very much mine and Adam’s book.